WINDSOR, ONT. -- Harness horse racing in Leamington has managed to avoid a lost season due to COVID-19 but, the industry’s future in the region remains uncertain without a new deal in place of an expiring contract.

On Sunday, the harness horse racing season opened in Leamington with no fans and empty betting stalls; a result of public health restrictions in the face of a global pandemic.

"Definitely, all along a big concern of ours that we wouldn’t even be able to open," said Tom Bain, an executive on the board of the Lakeshore Horse Raceway Association which runs races at Leamington Raceway.

In an interview with CTV News, Bain said it’s a relief for those in the industry to still have races to run in the middle of a pandemic; however, securing new race dates is a key priority for the Leamington track as its current contract expires.

While there is no live betting at the track, online wagering will be available and may prove to be a lucrative source of revenue for local races in the long-term. 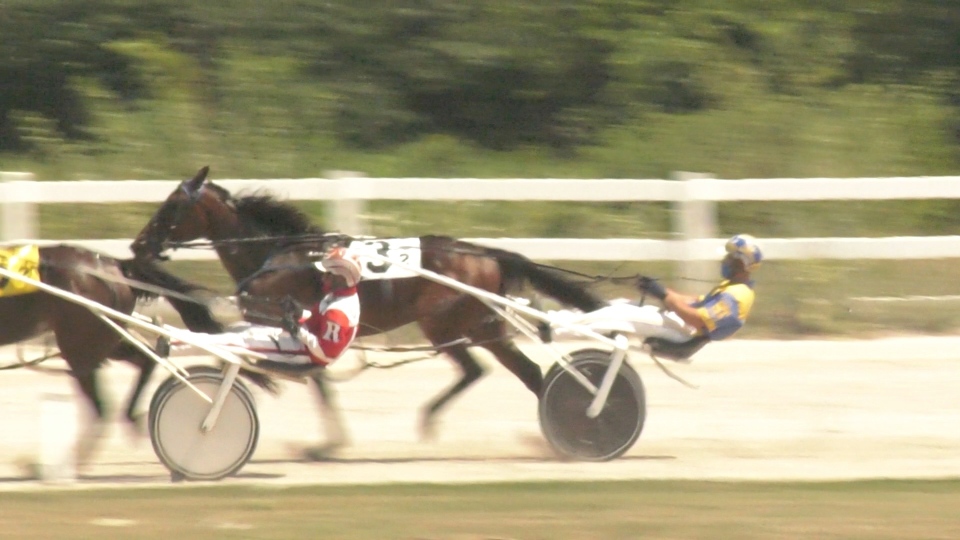 "Some of the other tracks, such as Clinton [Raceway] and Hanover [Raceway], have seen almost [a] doubling of their bet because they’ve been able to now have the American market watch their local races," said Bain.

The lack of spectators and the focus on online betting means Bain’s grandson, Nathan, has even more to do as the new full-time Leamington Raceway announcer.

The 18-year-old started his first year on the job on Sunday as the youngest raceway announcer in North America.

"It’s not just announcing the races, it’s talking in between, it’s putting selections, getting handicaps for every race day to give as much selection as possible for the betters online," said the junior Bain. "It’s a lot different this year for sure."

The opportunity for online betting could be a key part of negotiations in securing new race dates through Ontario Racing and may help secure the longer-term future of the industry in the region.

"If we can show a real positive case where we’ve been able to continue to keep our betting up and knowing that when we do get our live fans back it’s going to be better than ever, I think we’re going to be able to present a case where we’re looking for a three-to-five-year contract," said Bain.

There will be 10 races a day in Leamington every Sunday until the end of October.

After that, racing in Leamington is in limbo until new dates, and the attached purse money is announced by Ontario Racing.