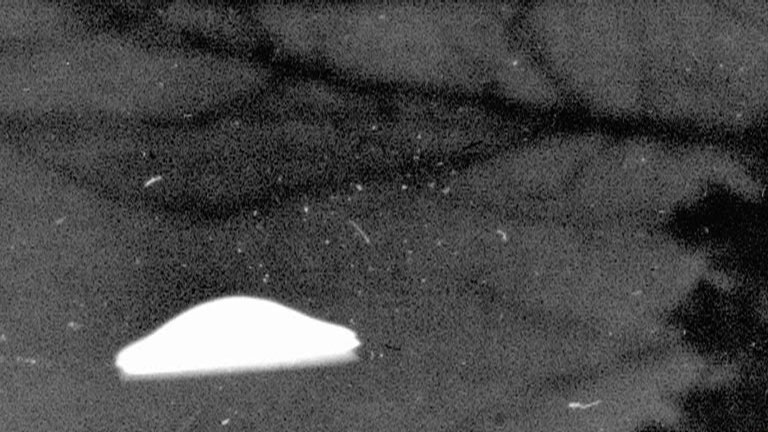 Bright lights, airplane near-misses and light-fingered aliens with a penchant for cool shades are all part of the annual report on UFO sightings in Canada.

The 2016 Canadian UFO Survey produced by Winnipeg-based Ufology Research was released this week. In total, there were 1,131 sightings of unidentified flying objects reported across Canada.

There were four reported UFO sightings in Windsor-Essex last year:

-Tecumseh, Jan. 12 - one person reported an alien stole his sunglasses, belt and silver pieces. The person then reported discovering a "rip in space and time" in a photo of the area where the event happened.

-Kingsville, May 5 - a report of three large cross-shaped crafts, and one smaller one, all flashing different colours.

-Windsor,  July 9 - a slow comet reportedly vanished, followed by a 'star like object' that grew into another comet.

-Windsor,  Sept. 9 - a blue oval was reported emerging from a cloud before quickly disappearing.

In a first for the 28 years the study has been conducted, only four per cent of the sightings could not be explained. Study author Chris Rutkowski said that record-low rating is likely the result of more careful scrutiny of raw report information available.

Summer is the big time of year for UFO sightings and mostly they were simply lights that people saw in the sky.

The provinces with the largest populations had the most reports, so Quebec led the country with 38.5 per cent of the sightings, while Ontario had 26 per cent and British Columbia had 17 per cent.

The most popular shape of UFO reported in 2016 was a simple point source of light (57 per cent). Other shapes reported were triangle (four per cent), ball (nine per cent), cigar (three per cent) and fireball (five per cent). The classic "flying saucer" was only reported 48 times.

As for what the study calls "unknowns," they included such cases as the "gigantic, disc-shaped object with searchlights" that was seen moving over the mountains in North Vancouver, and the boomerang-shaped "cluster of stars" that moved across the sky near St. Thomas, Ont.

There was also the commercial airplane over Toronto that had a near miss with an object while on a routine flight on Nov. 14.

"The flight crew noticed an object directly ahead on their flight path. The object appeared to be solid, approximately five to eight feet in diameter and shaped like an upright doughnut or inner tube," said the study.

"Cabin crew members received minor injuries when evasive action was taken. While the object was not likely a balloon and was suggested to be a drone, it was noted that drones could not fly at that altitude and distance."

The study said the Transportation Safety Board ruled the incident as "a near collision with an unidentified airborne object."

Close encounter cases are in the minority, but high on the strangeness scale.

Those included a man in Cornwall, P.E.I., who reported that a thin, six-foot-tall, long-fingered white alien in a black suit spoke to him in his bedroom before leaving by walking through a wall.

A man in Lanaudiere, Que., said he was transported into a field of plants and plunged into a bathtub "where he was surrounded by three green, big-eyed humanoid creatures who communicated with him telepathically."

Not all close encouters are so dramatic, however. One person in Tecumseh, Ont., reported that an alien stole his sunglasses and belt, while someone from Rimouski, Que., filed a report which read simply: "They contacted me!"