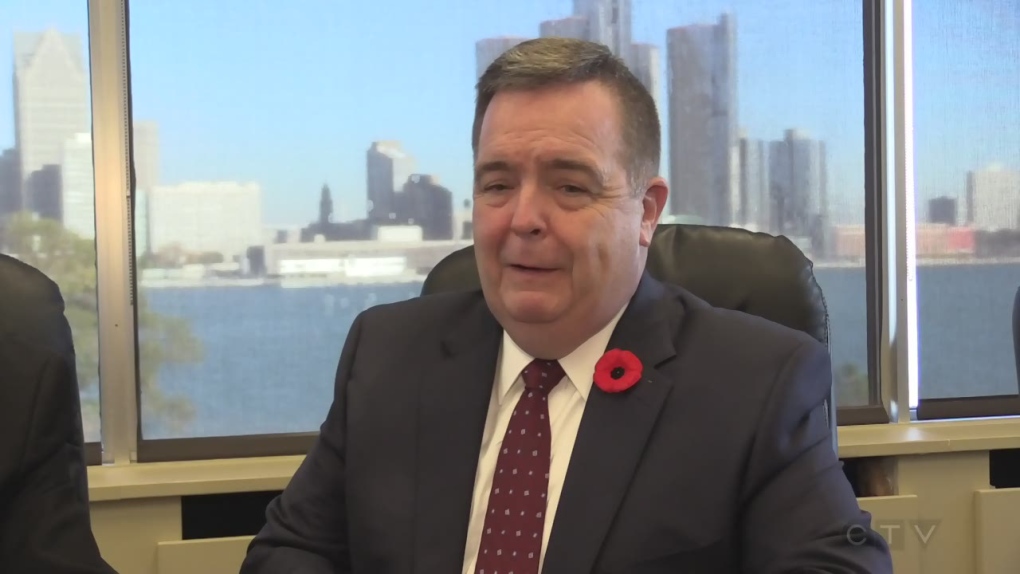 There are calls for Dwight Duncan to resign as Chair of the Windsor Detroit Bridge Authority.

The calls come from Ontario's Progressive Conservatives because of partisan comments made online by Duncan that attack the federal Conservatives and U.S. President Donald Trump.

In a letter to Infrastructure Minister Amarjeet Sohi on Tuesday that is posted on Duncan's facebook, He apologizes for the social media comments, saying they were “an obvious lapse of judgement."

Duncan, the former Ontario Finance Minister, added “a number of my postings clearly violated the letter and spirit of Parliament’s direction to Governor-in-Council appointees respecting partisan involvement while serving. Those postings have been or are being deleted today.”

“The Chair of the Windsor-Detroit Bridge Authority is a non-partisan position, but Dwight Duncan has been using his platform to spread a partisan agenda,” said Ontario PC Transportation Critic Michael Harris. “Dwight Duncan should be spending all his time and efforts trying to get this bridge delivered on-time and on-budget, not grandstanding with partisan attacks.”

The Windsor Detroit Bridge Authority is a non-partisan group in charge of the construction of the $4.8-billion Gordie Howe International Bridge. The construction of this bridge is supposed to be one of Ontario’s largest infrastructure priorities, with 9,000 trucks crossing the border at Windsor daily, delivering $110 billion in goods each year.

It is expected to begin next summer and be complete by the year 2022.

“Duncan’s priority should be to get this bridge built. Businesses in Ontario have already been waiting too long for this project, they can’t afford another delay. This bridge is supposed to speed up traffic, reduce costs, and strengthen economies – on both sides of the border,” concluded Harris.