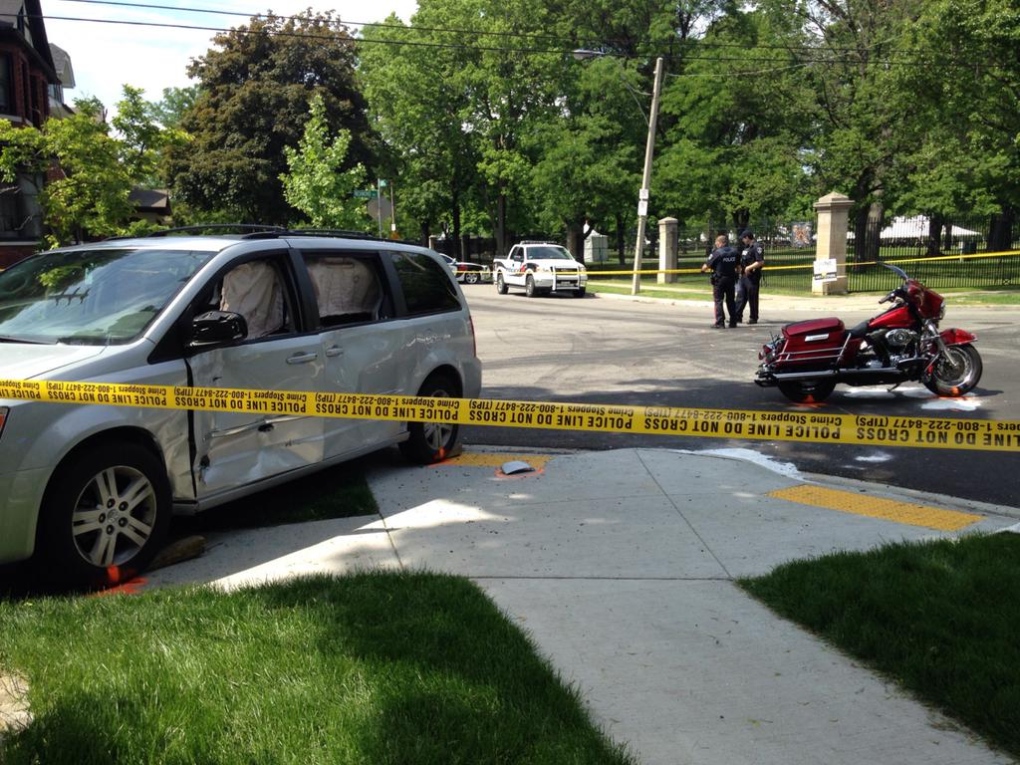 A motorcyclist was sent to hospital in critical condition after a crash in Windsor, Ont., on Thursday, June 4, 2015. (Alana Hadadean / CTV Windsor)

A 56-year-old Belle River man has died after his motorcycle collided with a minivan in Walkerville earlier this month.

The crash that took place at Chilver Road and Richmond Street around 1 p.m. on June 4.

Police say the man had emergency surgery for a skull fracture after the crash. He was in the Intensive Care Unit in critical condition for the past few weeks.

The driver of the van and her nine-month-old infant were also transported to hospital as a precaution for observations.