A stark warning from Windsor, Ont. native living in Italy

LONDON, ONT. -- “If people would have done what they were supposed to do at the beginning, I don’t think it would have gone this far,” says Sylvana Berlingieri, who has been living in central Italy for the past 29 years.

Berlingieri has witnessed how the lack of self-isolation has led to the largest crisis in that country since World War II.

“The most startling thing I saw, was a convoy of military trucks escorted by police taking the dead to be cremated because there was so many” 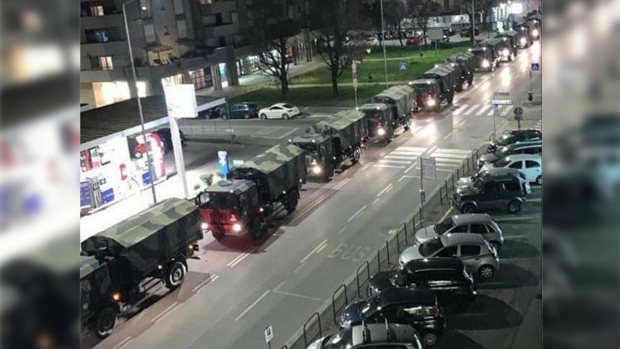 Berlingieri says when self isolation measures were first introduced, the public did not take them seriously enough.

The number of infected continued to rise, until Italy enacted strict measures preventing people from being outside unless they had a self-declaration, which if falsified can be punished with serious fines.

Berlingieri says her family made the decision to self-isolate early on, and have avoided the virus thus far.

Her advice for her home country is to heed the warnings of the health professionals to prevent a larger outbreak in Canada and find a way to enjoy the isolation in the meantime.

“They shouldn’t freak out, because you’re going to find groceries everyday, they are going to be there for you. Make the best of what you have inside the house and the time with your family, because you are going to appreciate more when this is over.”

Can I go for a walk during a global pandemic?

'We are collapsing': Virus pummels medics in Spain and Italy

How to isolate when someone's sick with COVID-19 at home

No haircuts or manicures: How Ontario's beauty industry is coping with COVID-19