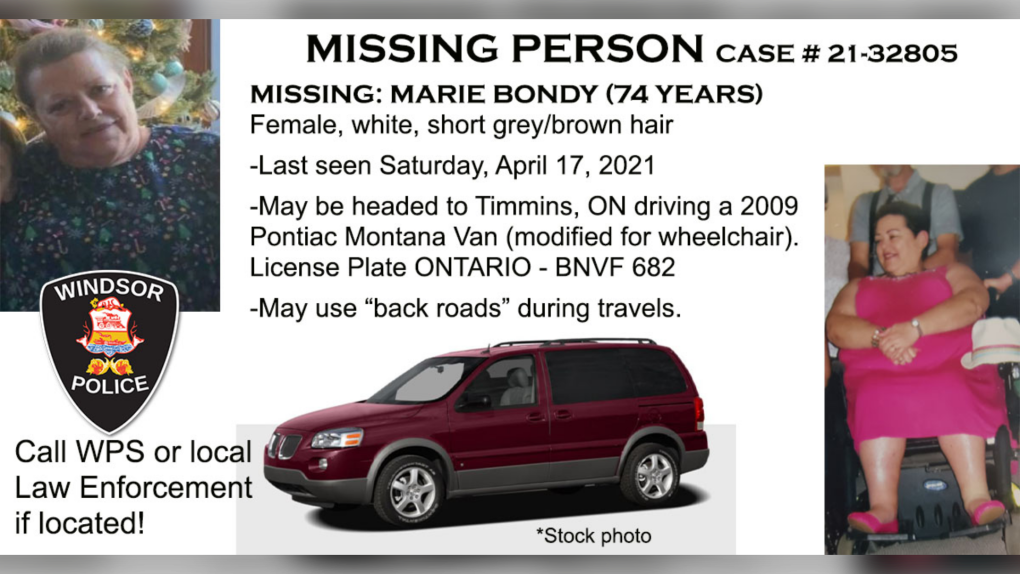 WINDSOR, ONT. -- Police say they are concerned for the well-being of a missing 74-year-old woman who was last seen in Windsor on Saturday.

Windsor police are searching for Marie Bondy, 74, who was reported missing Monday.

Police say Bondy drives a 2009 Pontiac Montana Van which is modified for wheelchair use and may be headed to Timmins using “back roads.”

Bondy is described as a white female with short grey/brown hair.

Police are asking residents to call the Windsor Police Service or local law enforcement if found.