For more than 10 years, baseball has played a big role in the life of Jaclyn Hertell — and that love for the sport only grew when she stepped onto the baseball diamond at Farrow Riverside Miracle Park for the very first time.

"This is just unbelievable," said Hertell, adding she recently moved to Windsor. "I was part of the Amherstburg Miracle League back when I played for them. But I've signed up for Windsor so I'll play here now."

Different parts of the park, including the playground, pavilion and workout stations — all of which are fully accessible — have opened in phases in the past few years. But the completion of a baseball diamond, which is wheelchair and walker-friendly, was the final step in a years-long process that was celebrated during Farrow Riverside Miracle Park's grand opening ceremony Saturday.

The opening of the accessible diamond also means the new Miracle League of Riverside Baseball could begin its inaugural season. Efforts to start the season in previous years were thwarted due to the COVID-19 pandemic.

When asked what she thinks of the baseball diamond at Farrow Riverside Miracle Park, Hertell kept her words short and sweet. 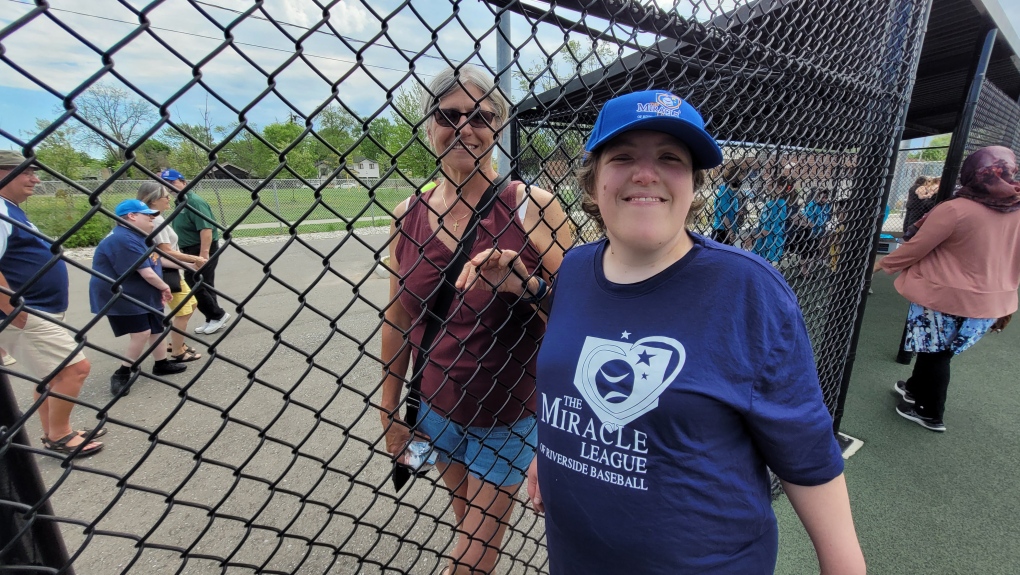 Hertell is one of about 75 athletes who have signed up for the Riverside Miracle League's inaugural season.

Hertell's mother, Lorraine Bortolin, said there's a great need for the Riverside neighbourhood to have a Miracle baseball league now more than ever.

The Miracle League of Amherstburg had already paused operations in 2020 when the COVID-19 pandemic started — but season postponements continued when the league had trouble finding a new board of directors after the previous organizers of the league stepped down from their positions.

According to Bortolin, seeing her daughter return to the baseball field "means everything."

"This is great for her. She really missed it in the days of COVID," Bortolin added. "You can see all the adults and children with special needs. They look forward to this so much."

For officials with the Miracle League of Riverside Baseball, Saturday's grand opening is all about "giving these kids a chance to play baseball like everyone else." Riverside league commissioner Jason Dupuis said many of his players would have needed to go to Amherstburg if they wanted to play baseball on an accessible diamond.

"A lot of our players are coming over from Amherstburg right now, as they're not having a spring season," said Dupuis.

According to Dupuis, that will result in greater demand for use of the accessible baseball diamond at Farrow Riverside Miracle Park.

"We're hoping to split with Amherstburg. We'll take the players that we can take, work together and have a regional community when it comes to this kind of baseball," Dupuis said.

"We're excited for when they open up their field in the fall so all these kids can get on the field and they can all play ball."