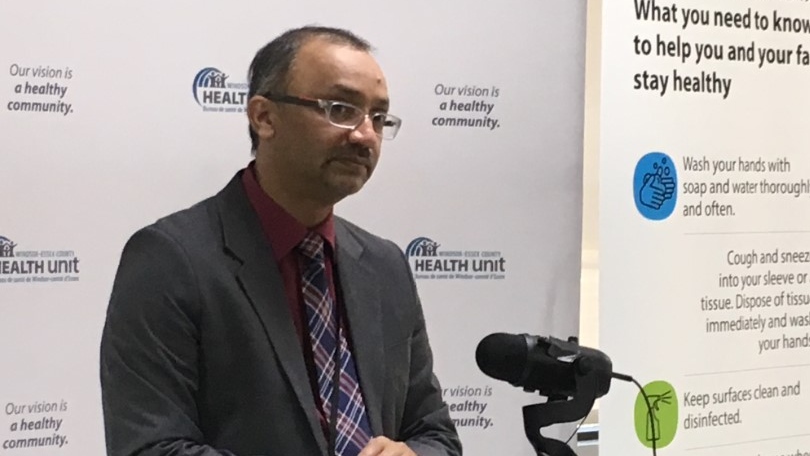 There are also two new positive cases, according to numbers released Monday morning.

The total has reached 970, including 496 people who have recovered.

Windsor-Essex medical officer of health Dr. Wajid Ahmed says a man in his 30s and a woman in her 80s are the latest deaths.

Ahmed says the man was a temporary worker from Mexico in the agri-farm sector. He had no pre-existing medical conditions and was self-isolating in a local hotel, according to Ahmed.

“The worker called EMS and was taken to the hospital, where he was later pronounced dead,” says Ahmed.

Ahmed says the health unit keeps in contact with the workers who are self-isolating to help monitor symptoms.

He is the youngest person to die related to the virus in Windsor-Essex.

“This particular worker, he was diagnosed May 21 and he passed away the night of Saturday,” says Ahmed.

Of the 970 confirmed cases of COVID-19 locally, 175 (about 18 per cent) have been among farm workers representing 17 farms. The health unit says these numbers include both migrant workers and community workers.

Ahmed says the WECHU Infectious Disease Department works closely with each individual to conduct contact tracing, provide direction and guidance to both employees and employers where appropriate.To date, 47 individuals of the 175 have recovered, one has died and 127 remain in self-isolation.

The woman who died was a resident in a long-term care home. Ahmed says she passed away in the field hospital.

The number of deaths in Windsor-Essex has reached 65. Forty-eight deaths are related to residents in long-term care homes. Only two long-term care facilities are still experiencing outbreaks.

Overall 16,889 tests have been done in Windsor-Essex, with 455 results pending.

In Chatham-Kent, a total of 145 people have tested positive for COVID-19.