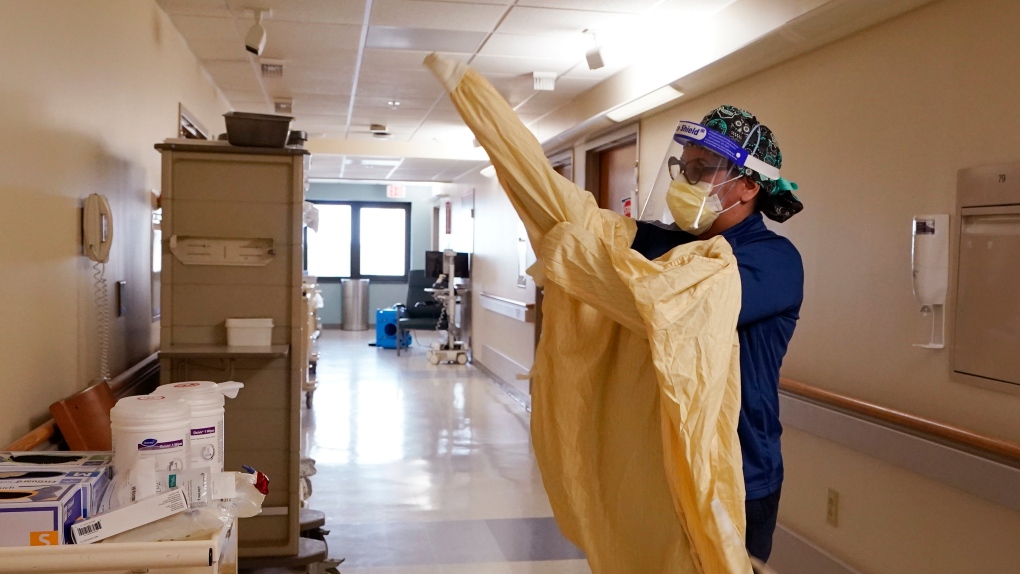 LANSING, MICH. -- Michigan on Friday reported an average of 431 new daily COVID-19 infections over three days, up 47% from the same period a week earlier.

Cases have gone up in all but one state over the past two weeks, which health officials nationally have attributed to the fast-spreading delta variant of the coronavirus. Michigan’s seven-day average, 332, is double what it was two weeks ago. The test positivity rate, which also has been rising, was 4.7% on Thursday.

The state’s two-week case rate, however, is lower than in all but four states. Just 256 adults were hospitalized with confirmed infections, a fraction of the peak of more than 4,000 in April, when Michigan had a third surge.

About 63% of residents ages 16 and older have gotten at least one vaccine dose, which ranks middle of the pack among states. A new, multimillion-dollar state sweepstakes program has not led to much of a boost in vaccinations this month.

Oakland County in metro Detroit, the state’s second-largest county, reported getting to 70% vaccine coverage — meeting state and national goals. The rate remains below 50% in roughly a quarter of 83 counties.

“While reaching this vaccination goal is an important moment to acknowledge, we’re not done fighting this pandemic. ... With 30% of our population still unvaccinated, we can’t fully get back to normal,” Oakland County Executive Dave Coulter said.

The county’s officials will next turn their attention to immunizing college students for the fall semester.

Michigan, where Gov. Gretchen Whitmer lifted capacity restrictions and mask requirements in June, has reported more than 21,000 confirmed or probable COVID-19 deaths and 1 million cases. About 871,000 people had recovered as of a week ago, meaning they were alive 30 days after the onset of their symptoms.