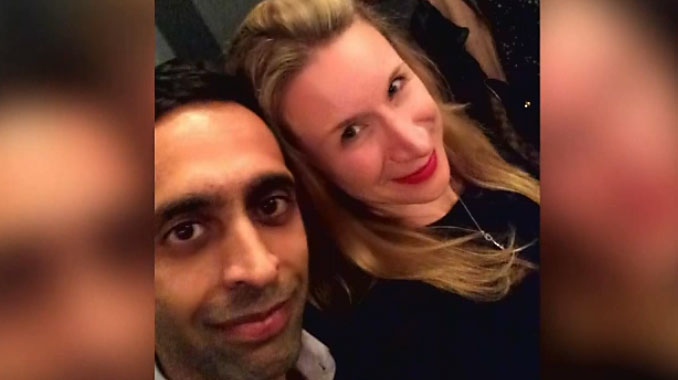 TORONTO -- A Toronto neurosurgeon who killed his wife two days after she filed for divorce lost his medical licence Friday, nearly a year after pleading guilty to second-degree murder in her death.

Ontario's medical regulator moved to revoke Mohammed Shamji's certificate of registration after a hearing held by teleconference due to the COVID-19 pandemic.

The disciplinary committee of the College of Physicians and Surgeons of Ontario also ordered Shamji to appear for a reprimand.

Shamji, who called in to the hearing from the maximum-security Millhaven Institution in Bath, Ont., did not speak during Friday's proceedings.

But he admitted through his lawyer to committing professional misconduct by being found guilty of an offence that is relevant to his suitability to practise medicine.

Peter Leigh told the panel Shamji accepts the consequences of his "violent and heinous crime" and went to great lengths to arrange his participation in the hearing.

"He is in prison and the vast majority of his relationships which he once held dear, most notably with his children and now with his profession, have been destroyed," Leigh said.

"As in the criminal proceeding, in this proceeding Dr. Shamji has taken responsibility and he's accepting the severe consequences, being revocation, that are commensurate with the nature of that violent crime."

The lawyer declined to comment when asked by The Canadian Press through email whether his client plans to reapply for a medical licence, either in Ontario or elsewhere.

Shamji failed to renew his licence in August 2017 and was not a member of the college at the time of the proceedings.

Shamji pleaded guilty last year to second-degree murder in the 2016 killing of his wife, Elana Fric Shamji, who was also a physician.

He was sentenced to life in prison with no chance of parole for 14 years.

Court heard Shamji attacked his wife two days after she served him with divorce papers, breaking her neck and ribs, and choking her to death as their three children slept nearby.

He then stuffed her body in a suitcase and dumped it in the Humber River.

Her body was found shortly after she disappeared and police arrested Shamji a day later.

Fric Shamji's relatives told the court during the sentencing process that her horrific death has shattered their family.

The college's counsel, Lisa Brownstone, told the disciplinary panel that only revoking Shamji's licence could truly express the "repugnance" of his actions.

She urged the five-member panel to consider the fundamental principle of medicine -- to do no harm.

"There can obviously be no greater harm than intentionally causing death, brutally murdering a spouse and the mother of three children in a fit of rage and domestic terror," Brownstone said.

"This activity...was followed by the spine-tingling behaviour of disposing of Dr. Fric's body, going to work, performing surgery and carrying on as if nothing happened. Then, trying not only to cover up his actions, but to implicate someone else."

Shamji was initially facing another allegation of professional misconduct -- that he failed to disclose criminal charges related to a 2005 domestic assault when applying for independent practice -- but Brownstone said the college chose to proceed on only the "vastly more serious" allegation.

This report by The Canadian Press was first published on April 24, 2020.