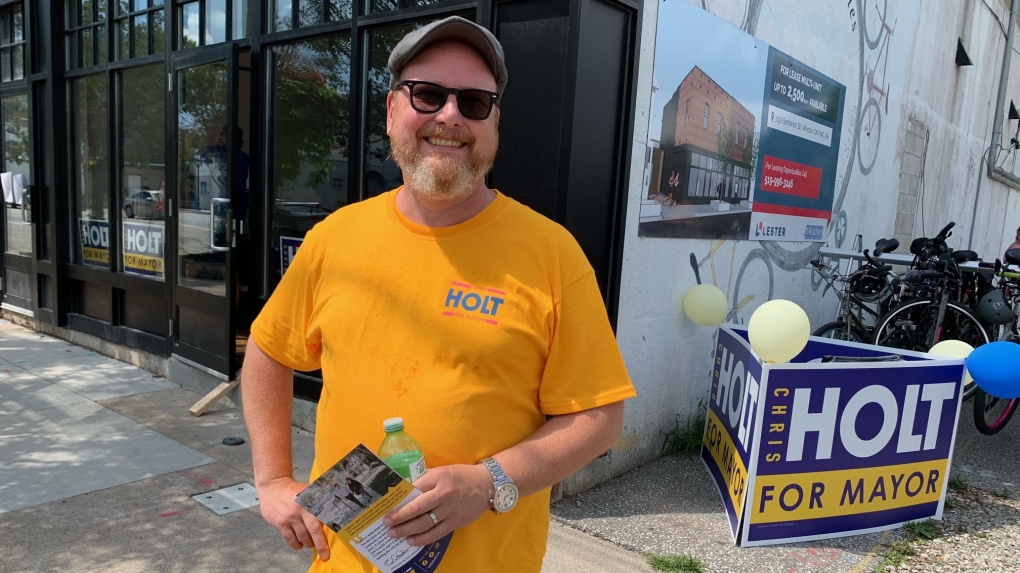 The office is inside the recently renovated former Courtesy Bicycles Shop.

Holt said choosing a headquarters in Sandwich Town was important to the campaign. 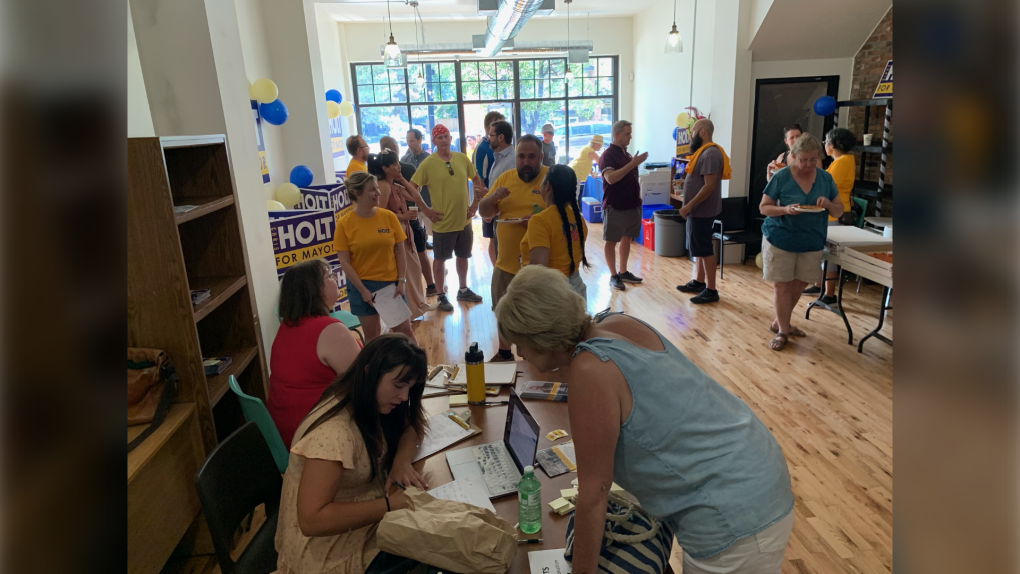 Mayoral candidate Chris Holt opened his campaign headquarters in Windsor, Ont. on Saturday, Aug. 6, 2022. (Chris Campbell/CTV News Windsor)
“If you took my eight years on council, smashed it up into a building, this is what it's all about,” he said. “Historic preservation, you know, a restoration that is just beautiful in a BIA in one of the oldest neighbourhoods in the city. This is what it's all about. For me personally and for the entire campaign.”

Supporters and volunteers were on hand with just 79 days to go until the municipal election on Oct. 24.

Current Mayor Drew Dilkens has yet to declare his intentions at this point. 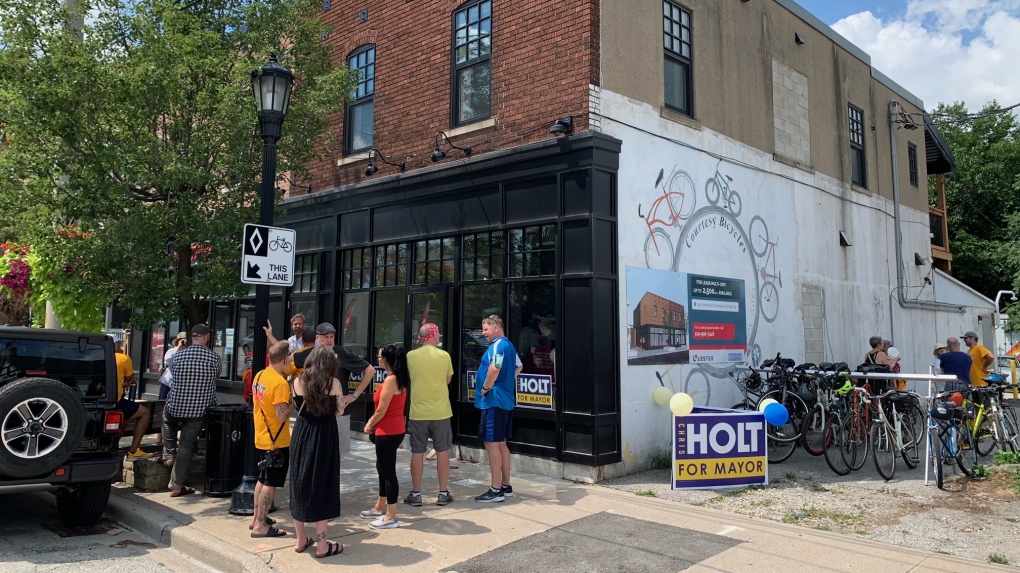 Mayoral candidate Chris Holt opened his campaign headquarters in Windsor, Ont. on Saturday, Aug. 6, 2022. (Chris Campbell/CTV News Windsor)
The deadline to do so is Aug. 19 at 2 p.m.

Ernie Lamont ‘The Baconman” has withdrawn his name from the race.

Holt said residents can expect to hear and see more of his message soon as his team fans out across more than 90,000 homes in the coming weeks.