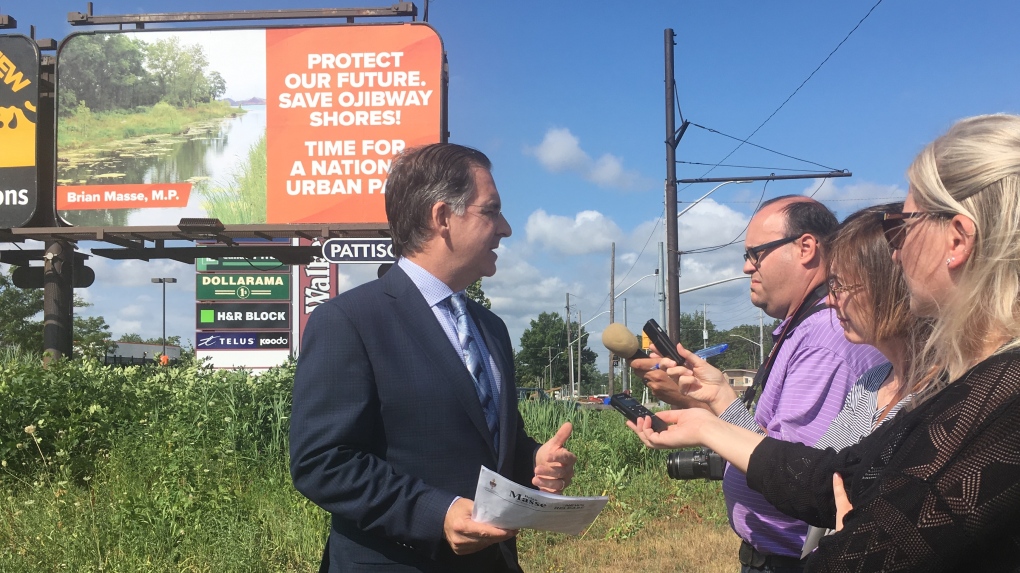 Ojibway Shores is the last remaining undeveloped green space along the Detroit River shoreline and Masse would like to see the 33-acres turned into an attraction for residents and tourists alike.

Masse has organized a town hall meeting to be held at the Capri Pizza Complex in south Windsor on Tuesday, Aug. 27 to offer residents insight on the merits of a national urban park.

Masse has also invited members of the Caldwell First Nation, the Wildlands League, Friends of the Rouge Watershed and GLIER Professor John Hartig to participate in the meeting.

His goal is to have the 33-acre greenspace merged with adjoining properties like the Ojibway Prairie Complex to form a park of nearly 900-acres.

Ojibway Shores is currently owned by the federal government, but being managed by the Windsor Port Authority.

Masse was asked about the expected candidacy of former Ontario Liberal cabinet minister Sandra Pupatello in Windsor West during his news conference on Thursday.

He said he's ready for an election and happy to run against whoever is selected as an opponent.

Pupatello has called a news conference for 4 p.m. Friday at the Fogolar Furlan Club.

The 56-year-old was the Liberal MPP in the riding from 1995 until 2011, when she did not seek re-election. She held several cabinet positions, and ran for the Ontario Liberal Party leadership in 2013, but lost to Kathleen Wynne.

If Pupatello wins the nomination, she would be up against Masse as well as Henry Lau of the Conservatives, and Darryl Burrell of the People’s Party of Canada.