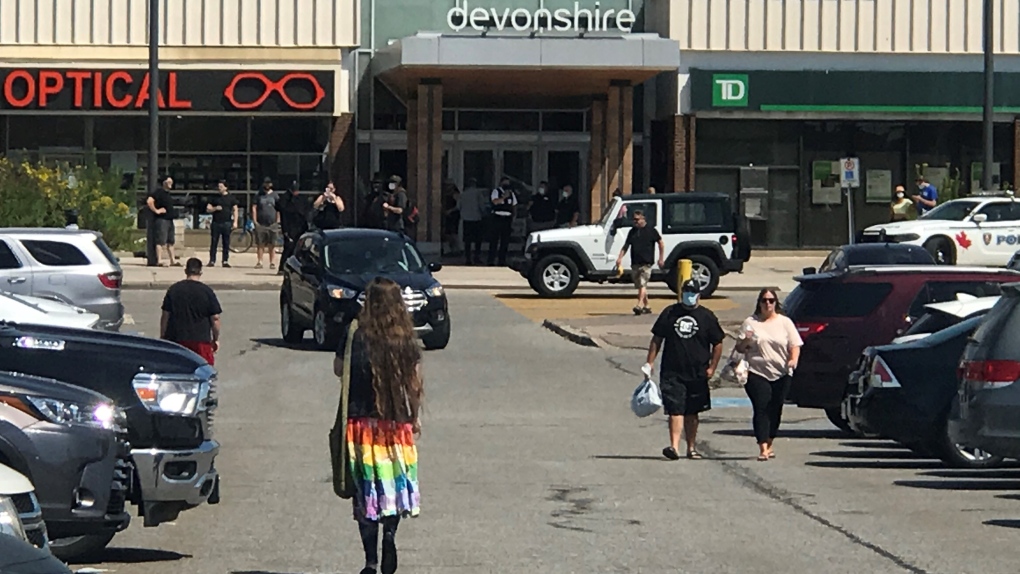 A 'maskless shopping trip' to Devonshire Mall was held on Saturday, Aug. 22, 2020 in Windsor, Ont. to highlight the right to not wear a mask if someone qualifies for the exemption. (Alana Hadadean / CTV Windsor)

WINDSOR, ONT. -- A 'maskless' shopping trip to Devonshire Mall in Windsor went ahead as planned although with only a handful of participants.

Organizer of the trip and member of the online group Questioning Covid Windsor-Essex, Currie Soulliere says the event was meant to highlight an individual’s right not to wear a mask if they fall under provided exemptions.

“I want to do some shopping. It’s pretty simple. I hope I can see some people that I can smile to,” said Soulliere.

“My understanding is that it’s not against the bylaw because the bylaw includes exemptions and the exemptions apply to me, but if I am asked to leave the premises, I will do so and I will pursue the matter legally at another time. But there is no intention whatsoever to trespass.”

Soulliere said the intent was to highlight concerns those who take issue with mandatory mask orders have including fear of being ridiculed or harassed in public.

Windsor police and mall security were present this afternoon outside of the mall in anticipation of the planned event.

Soulliere believes the current exemptions included in mandatory mask bylaws do not go far enough. “I think it’s pretty clear because of this, all the statements, the exemptions stated in the legal mask order are not sufficient to protect public health because a lot of people are risking their health in order to wear the masks.”