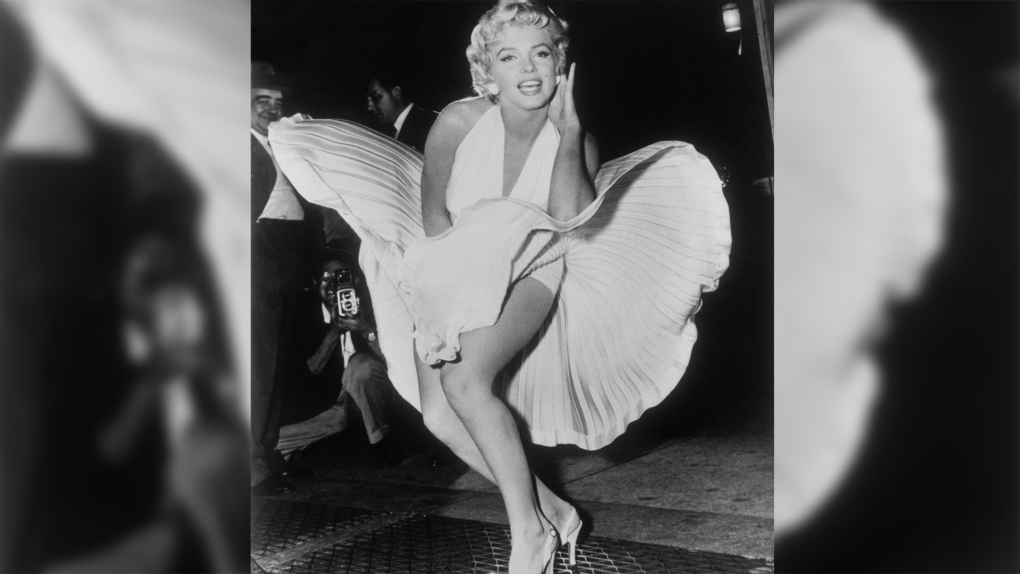 In this Sept. 9, 1954 file photo, Marilyn Monroe poses over the updraft of a New York subway grate while filming "The Seven Year Itch" in New York. (AP Photo/Matty Zimmerman)

LOS ANGELES -- An auction of Marilyn Monroe memorabilia has earned more than US$1.6 million, including $120,000 paid for a touring version of the actress' iconic white dress from "The Seven Year Itch."

Profiles in History on Wednesday morning announced the results of the "Essentially Marilyn" auction held Tuesday in Los Angeles.

The "Seven Year Itch" dress is a version of the one featured during the film's infamous subway-grate scene that designer Bill Travilla, made for Monroe to use on tours and in exhibits.

A photograph that Monroe signed to 20th Century Fox executive Ben Lyon and says "you found me, named me, and believed in me" was sold for $45,000. Born Norma Jeane Mortenson, Monroe changed her name after coming to Hollywood.

We've had four separate #marilynmonroe outfits (from Gentlemen Prefer Blondes, Seven Year Itch, and How to Marry a Millionaire) go for $128,000 each today! View more & register at https://t.co/0tuVJp2hbU, our Hollywood Auction runs through Friday, for bidders of all budgets. pic.twitter.com/LCBp6raCAe