Marijuana, gun and $50K in cash seized by Windsor police 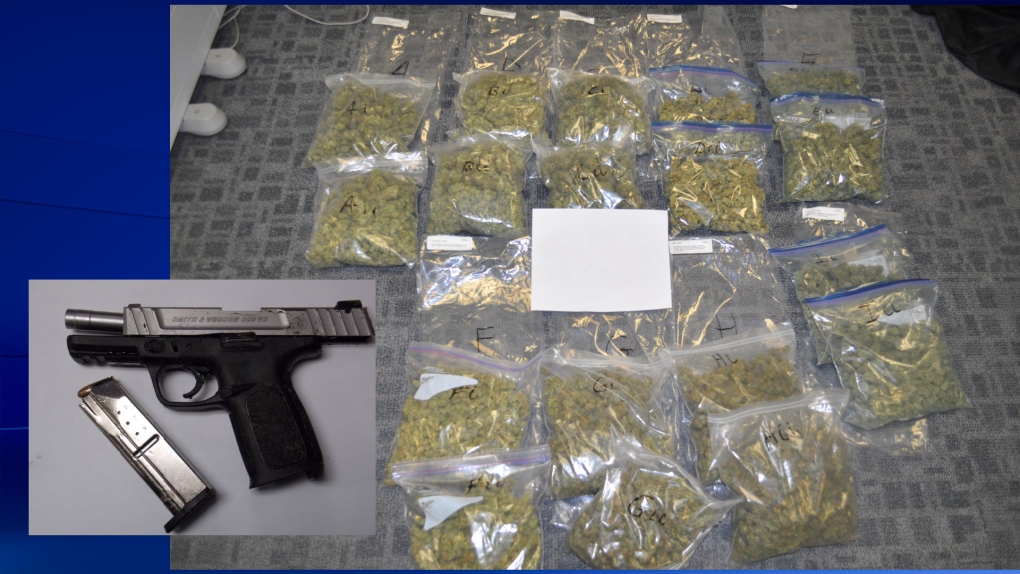 Windsor police seized 27 pounds of marijuana, a handgun and over $50,000 in cash after a drug trafficking investigation.

The drug and guns unit obtained search warrants for a residence and a number of storage lockers at two separate businesses on Tuesday.

At 2:30 p.m., members of DIGS and the Emergency Service Unit located a vehicle associated with the suspect in the investigation in the 1000 block of Pelissier Street.

Officers attempted to stop the vehicle, but it swerved around officers and fled the area at a high rate of speed.

Police say the suspect was seen on foot carrying a handgun in the area of the Dougall Avenue and Erie Street West.

He fled south through the rear yards between houses but officers caught up to him and placed him under arrest.

Officers searched the path of the suspect and located a loaded handgun in the rear yard of a residence which was believed to have been discarded by the suspect.  The vehicle was also located and towed.

Another male associated to the investigation was located in the 900 block of Silverdale Drive and placed under arrest.

Officers executed a search warrants at a residence in the 4200 block of Patrick Avenue, a number of lockers at two separate businesses and seized several items.

-27 lbs of Marihuana (Picture below)

Kanwarpal Kular, 23, from Windsor is charged with:

-Unauthorized Possession of a Firearm

-Possession of a loaded Firearm

-Possession of Marihuana for the purpose of Trafficking x2

Abdul Pugganwala, 21, from Windsor is charged with:

-Possession of Marihuana for the purpose of trafficking x2