Man struck by car in east Windsor in critical condition 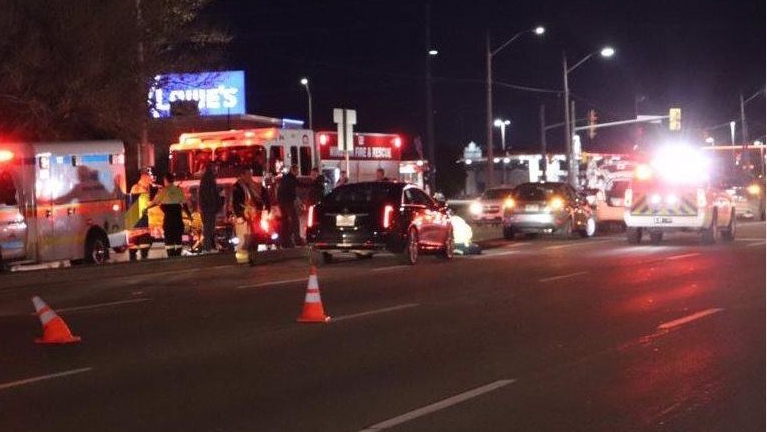 Emergency crews on the scene after a pedestrian was struck by a car on Tecumseh Road East near Lauzon Parkway in east Windsor. November 9, 2019 (Photo via Twitter/@_OnLocation_)

WINDSOR -- A man is in critical condition after being hit by a car on Windsor's east end.

Windsor Police Service says the man was rushed to hospital with "life-threatening injuries" after being struck in the eastbound lanes of Tecumseh Road East near Lauzon Parkway around 6 p.m. Saturday.

The Traffic Reconstruction Team was called in after it was determined the Windsor man was in critical condition.

Police say he was not crossing at the designated crosswalk and no one is in custody in relation to the incident.

Anyone with information is asked to call Windsor police or Crime Stoppers anonymously.