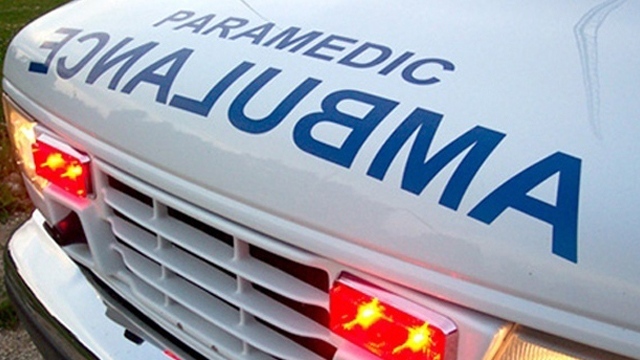 An ambulance is shown in a file photo. (CP24)

WINDSOR, ONT. -- A 31-year-old man is dead following a snowmobile crash in the early hours of Wednesday morning.

Windsor police were on scene in Amherstburg shortly after 1 a.m. in the area of 4th Concession and County Road 8.

They say officers found a snowmobile and driver off of the roadway and believe the driver was ejected after colliding with an object.

Police believe he was heading north on 4th Concession Road prior to the crash.

The man was rushed to hospital but passed away shortly after.