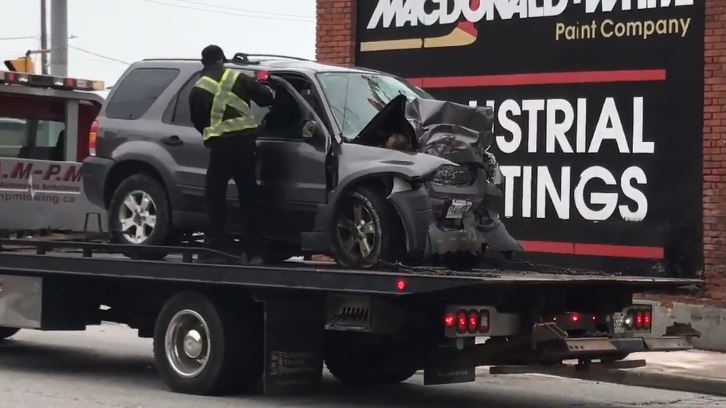 An SUV is removed from the road after a crash on Walker Road in Windsor, Ont., on Wednesday, May 29, 2019. (Michelle Maluske / CTV Windsor)

Windsor police say a man has died after a single-vehicle crash on Walker Road.

Officers were called to the crash scene at Walker Road at Richmond Street around 3:15 a.m. on Wednesday and found a grey Ford Escape with severe front end damage.

A business in the 1100 block of Walker Road also sustained damage during the incident.

Police say a man driving the SUV was transported to hospital with life-threatening injuries and soon after passed away.

The Accident Reconstruction Unit and Forensic Identification Unit attended and processed the scene.

The collision remains under active investigation.

Walker is now open in all directions @WindsorPolice have cleared the scene @CTVWindsor pic.twitter.com/7APrVcaJbF