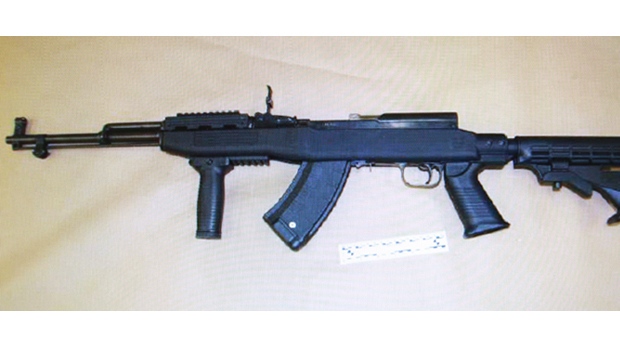 Windsor police have released a photo of a SKS 7.62 x 39 Calibre rifle seized from a Wyandotte Street apartment. (Windsor police)

A 22-year-old man is facing charges after police seized guns, ammunition and drugs from a Windsor apartment.

After an investigation, members of the Windsor Police Drug and Gun Enforcement Unit executed a search warrant for an apartment unit in the 1200 block of Wyandotte Street East on Tuesday at 1:30 p.m.

Police found the man inside and he was placed under arrest without incident.

Zoltan Zoldi, 22, is charged with two counts of possessing a firearm without a licence. Police say several additional charges are pending related to firearms prohibitions, breaches, and drugs.