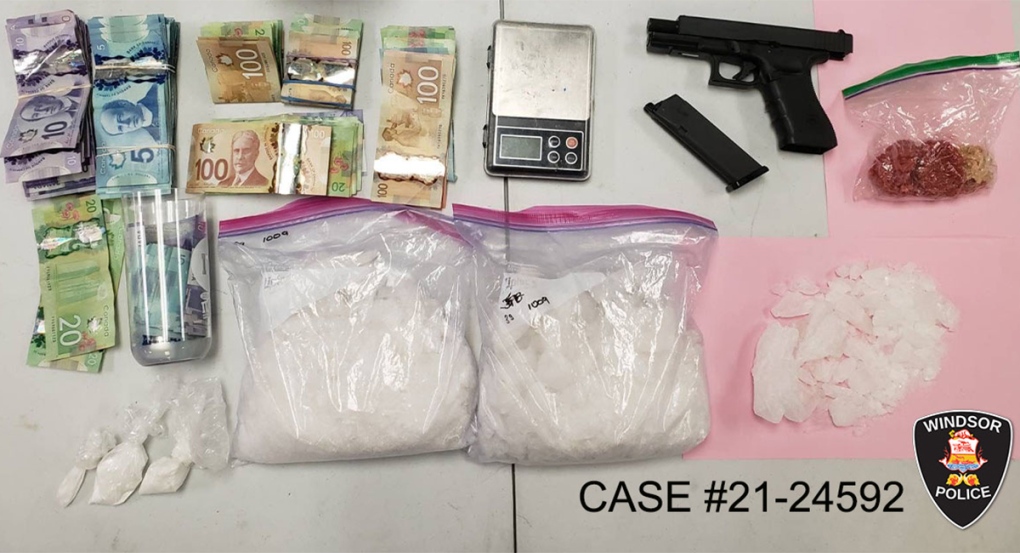 Drugs, cash and a BB gun seized by police are seen in this image released on Thursday, April 22, 2021. (Source: Windsor Police Service)

MIDDLESEX CENTRE, ONT. -- Windsor police have charged a 53-year-old man after the seizure of a large quantity of methamphetamine, fentanyl, cocaine and cash.

Following a trafficking investigation that began in March, officers with the Drugs and Guns Unit executed two search warrants on Wednesday.

Around 9:15 p.m. a man driving a vehicle in the 3100 block of Howard Avenue was arrested without incident and the vehicle seized along with a quantity of drugs.

Half-an-hour later, officers searched a location in the 3600 block of Askin Avenue.

A large quantity of drugs and currency, as well as a BB gun that appeared to be a firearm, were then located and seized.

In total, more than two kilograms of methamphetamine, 113 grams of fentanyl and 31 grams of cocaine were seized.

As a result of the investigation, a 53-year-old Windsor man has been charged with four counts of possession for the purpose of trafficking.