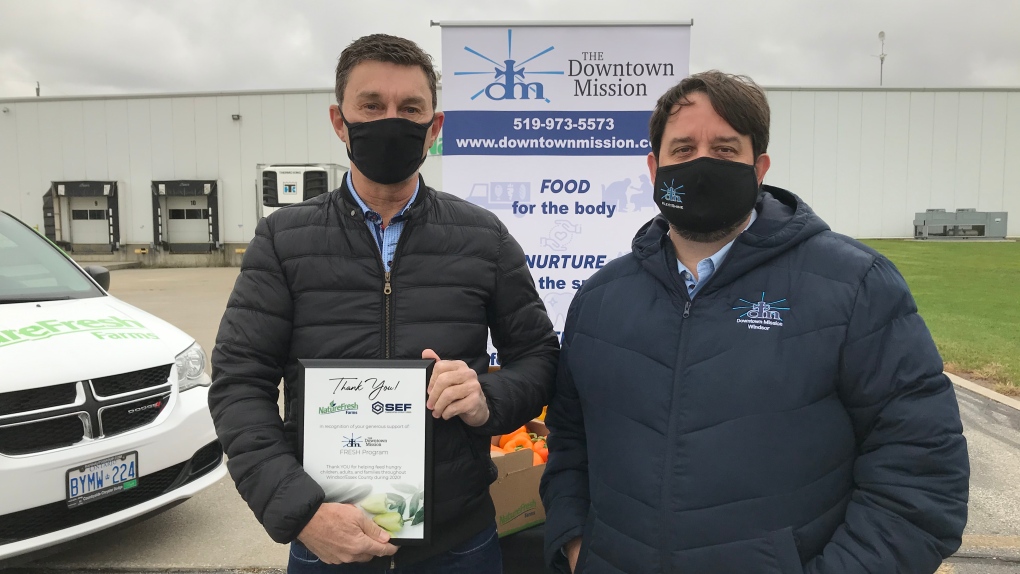 Peter Quiring, of Nature Fresh Farms, was given a Recognition Award from the Downtown Mission's Ron Dunn in Windsor, Ont. on Monday, Oct. 26 2020.

WINDSOR, ONT. -- A Leamington greenhouse President and CEO was recognized for his company’s efforts to prevent a food bank program from going under.

Peter Quiring, of Nature Fresh Farms, was given a Recognition Award for his operation's generosity and civic leadership from the Downtown Mission.

The Mission's Executive Director says a food rescue service was at risk of ending in late 2019 because of funding issues.

Reverend Ron Dunn says it was saved because of a major undisclosed monetary gift from Nature Fresh.

The program takes food from greenhouses, grocery stores and food wholesalers, which would otherwise go to waste, and redistributes it to nearly 70 schools and agencies to help provide food security to people in need.

He adds Quiring's leadership and philanthropy was a significant factor in keeping the fresh food rescue program in operation this past year.