Lowe's to close 34 stores across Canada, Windsor stores are safe 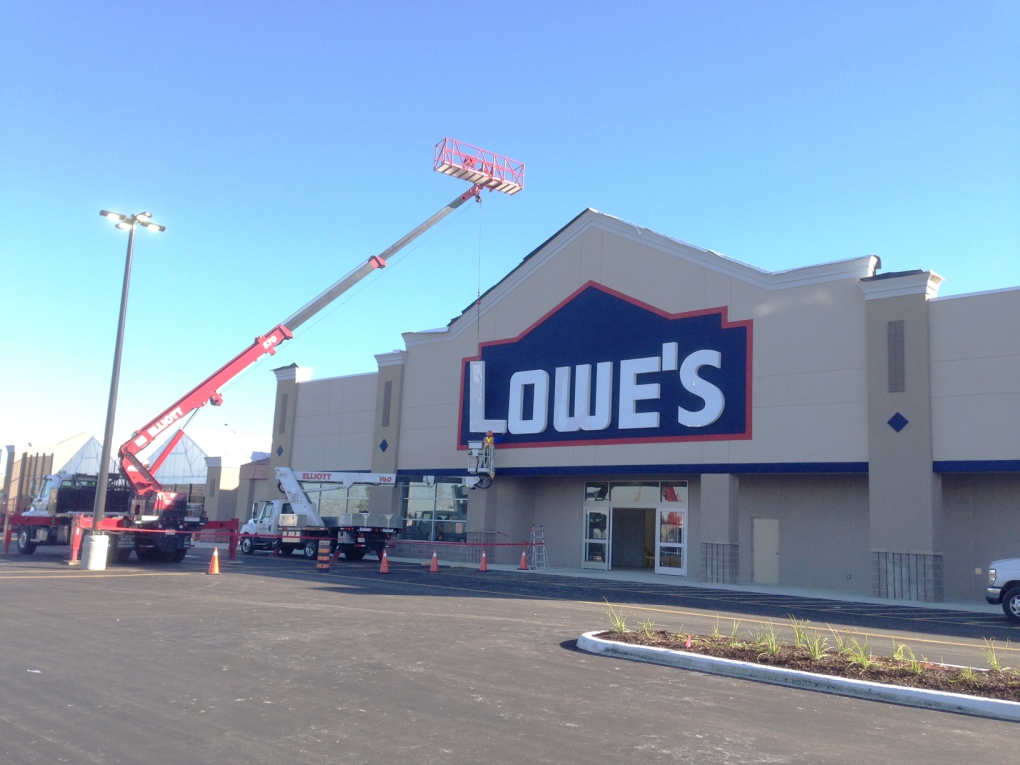 BOUCHERVILLE, Que. -- Lowe's Companies Inc. says it will close 34 under performing stores across six provinces as part of a restructuring of its Canadian business.

Of the nine stories closing in Ontario, none of them are in Windsor.

The closures, set for early next year, add to its announced closure of 31 Canadian locations, including 27 stores and four other facilities, in November last year.

The company says eligible employees will be offered jobs at nearby stores, given its need for workers throughout its network.

North Carolina-based Lowe's bought Rona in 2016 in a deal valued at $3.2 billion.

The Canadian division of Lowe's has more than 600 corporate and independent affiliate stores under the Lowe's, Rona, Reno-Depot, Ace and Dick's Lumber brands.

This report by The Canadian Press was first published on Nov. 20, 2019. With files from CTV Windsor.