Loverboy to headline Festival of Nations in Chatham-Kent 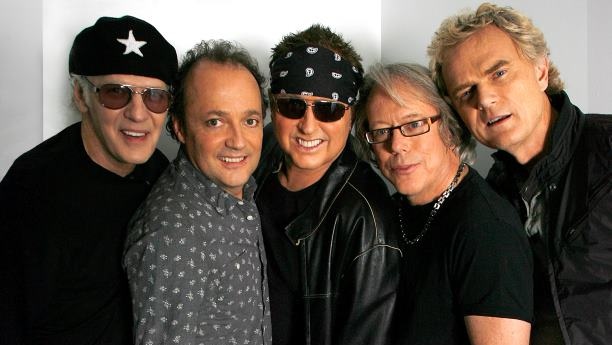 Organizers have announced the headliner for the Festival of Nations in Chatham-Kent.

“We’re extremely thrilled to have Loverboy here for the return of Festival of Nations,” said Dava Robichaud who is co-chairing the event with Tracy Callaghan. “The band is one of the most popular Canadian musical acts in history.”

Loverboy has sold more than 10-million albums and holds the record for winning six Juno awards in one year.

Callaghan said plans for return of the festival after a 20-year absence is the result of a groundswell of public support.

“If there was ever a case of “back by popular demand, this is it,” she said. “There has been a real change of attitude. People aren’t saying “we really miss the festival, they’re saying “why can’t we re-start the festival?”

The original festival attracted thousands of people to Tecumseh Park during its 13-year run that ended in 1998.

“There were so many good things about the event that we’re using the three themes of Rediscover, Embrace and Celebrate,” Callaghan said.

Organizers say the three-day festival from June 29-July 1 celebrates Canadian diversity through the multiculturalism that has made Canada the best nation in the world in which to live.

The event will begin with a Festival of Nations Parade Saturday June 29 at 11 a.m. Tecumseh Park festivities will start at noon.

“We will have a wide variety of local multicultural performing groups playing throughout the afternoon and evening, the kids’ zone will be in full swing and we’ll have vendors and attractions in the park until 11 p.m.” Robichaud said.

A citizenship ceremony is planned for Saturday afternoon.

Cultural food booths will be set up inside the Chatham Armoury each day of the event.

“Having the chance to sample food from cultures around the world is a big part of the event,” she said.

The day will conclude with a fireworks show adjacent to St. Clair College at dusk and there are plans to have the show simulcast on a screen at Tecumseh Park.

Sunday will begin with an interfaith service at the park at 9 a.m. Cultural displays and performances and the kids zone will be taking place. The day will conclude with Loverboy’s performance at dusk.

A community pancake breakfast will be held Canada Day morning. Entertainment and children’s crafts will take place and closing ceremonies will be held at mid afternoon.

Callaghan said response to a call for volunteers earlier this year has been great. “We have more than 100 people who have stepped forward to lend a hand,” she said. “We operate with the idea that if we have a lot of people each doing a small part, we can accomplish a lot and still have fun. So far it’s working.”

The festival is seeking sponsors to help with fireworks and other costs.

“We can always use more volunteers,” she said. “If you want to give back to your community and have some fun doing it, let us know. We’ll match your interests with our opportunities.”