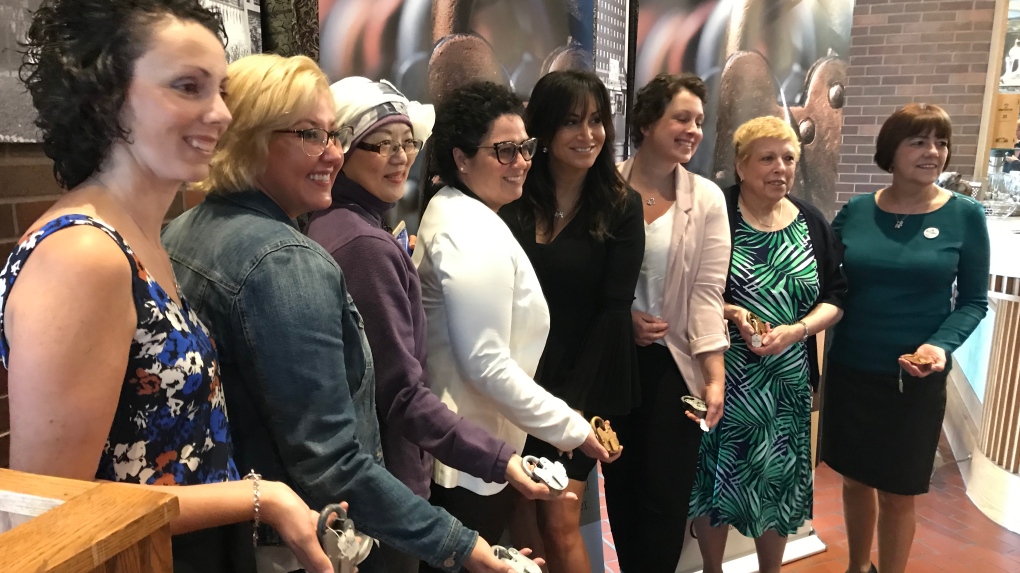 Now’s your chance to “Lock Out” cancer!

The 2019 Lock Out Cancer campaign started Monday, with a kickoff event hosted by the Windsor Cancer Centre Foundation at The Windsor Club.

During the month of May, donors can buy a $55 lock, which will be placed onto the wall at the Centre’s Healing Garden in June.

All of the money raised in the campaign stays local to help pay for equipment not funded by the Ministry of Health and Long Term Care, according to Foundation Executive Director Houida Kassem.

It will also support local research and awareness for women’s cancer programs.

To promote this year’s campaign, the Foundation has selected seven women to be ambassadors.

Each one is at a different point in her cancer journey, but the women share the same goal -- to beat cancer.

“Such utter relief and happiness; I had finally beat my cancer,” said Dawn Sobol. "That was last April. My one-year scan last month, however, showed a couple new spots. So this Friday, I had my first chemo again. I beat this once, and I'll do it again.”

Last year, the Lock Out Cancer campaign raised $125,000 in the month of May alone.

Locks can be purchased at the Cancer Centre until the end of May, and more information can be found online.