Local runner gearing up for second Bridge to Bridge Run 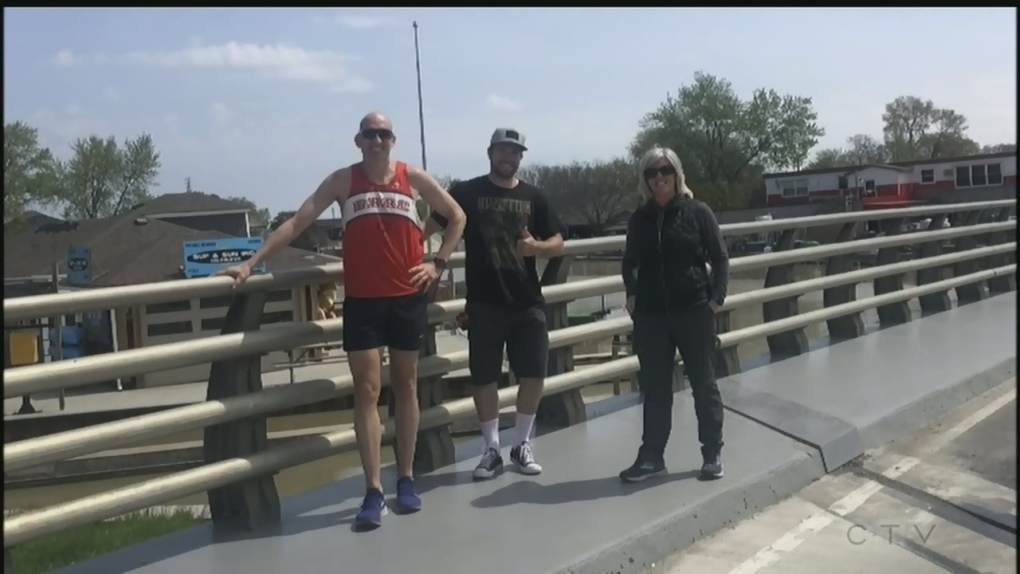 Mike Aubin emarked on the Bridge to Bridge run from the Ambassador Bridge ending in his hometown of Bell River on Saturday. (Alana Hadadean / CTV News)

WINDSOR, ONT. -- In what started as a one-person marathon last year is kicking off a second season, after a very successful 2020 event.

Josh Horan is the founder of The Bridge to Bridge Run.

“Along with its the pandemic after-effects, just everybody on the broad spectrum is starting to feel some negative effects as far as this goes with their mental health,” says Horan. “So I really thought that mental health could really use a big push toward awareness and funding for the local community.”

This time around, he envisioned a single-day running event, but pandemic restrictions mean they will continue with the single-runner format.

Horan will kick things off this Saturday morning at 8 a.m. for the first marathon of the season.

This year all funds from donations, sponsorships and pledges will be split between Windsor Regional Hospital, Hotel Dieu Grace Healthcare, and the Canadian Mental Health Association.