Thousands of monarch butterflies have been resting briefly in Point Pelee National Park as the annual fall migration makes its way to Mexico.

Visitors to the park can see several hundred to several thousand butterflies on any given day between late August and mid-October.

“It’s an exciting time of the year,” exclaimed Leamington, Ont. resident Paul Barkovsky. “It's just amazing. Just something you've never seen before. It's the amount of butterflies that are in the trees. It's just thick and all you can see is butterflies.”

Barkovsky and others suggest mornings are the best time of day to try and observe the insects, noting the tip is the best location.

“It’s hit and miss it really is. Like this time of the year, we’re right heavy into it right now,” he says. 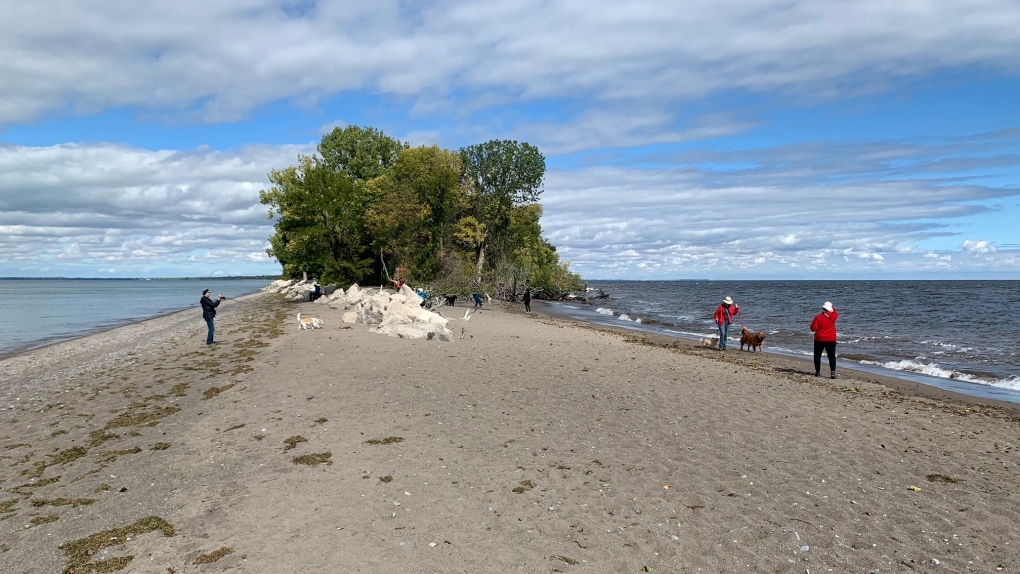 According to the park’s Twitter page, 5,600 monarchs were observed at the tip Tuesday evening, only for there to be 150 spotted the following evening.

“We had hoped to see them, I understand yesterday there was quite a few and then the wind was heading south so a lot of them migrated over night,” says Ed Novak who travelled from Waterloo with his wife to catch a glimpse.

“We’ve seen a few in the trees and flying around,” Karen Novak explains, “so I don't think they're all gone yet.”

According to Parks Canada, monarch butterflies are one of the most recognizable species in Canada. Officials say as soon as favourable conditions occur, the butterflies begin one of nature’s greatest journeys by crossing Lake Erie.

Earlier this year, the migrating monarch butterfly was added to the "red list" of threatened species and categorized as "endangered" for the first time by the International Union for the Conservation of Nature — two steps from being extinct in the wild.

Parks Canada suggests planting native species that flower into the fall to provide nectar for migrating butterflies and milkweed for monarch caterpillars.

#WildlifeWednesday
Monarchs lay their eggs on Milkweed as their caterpillars exclusively feed off it. They can defoliate an entire Milkweed plant over their larval lifetime! Locally there are four different types of milkweed: Butterfly weed, Common, Swamp and Green Milkweed. pic.twitter.com/siCWVaHoEC

Families Minister Karina Gould is expected to introduce legislation today to strengthen child care in Canada, which is likely to include an effort to secure a long-term role for Ottawa in the new national daycare system.