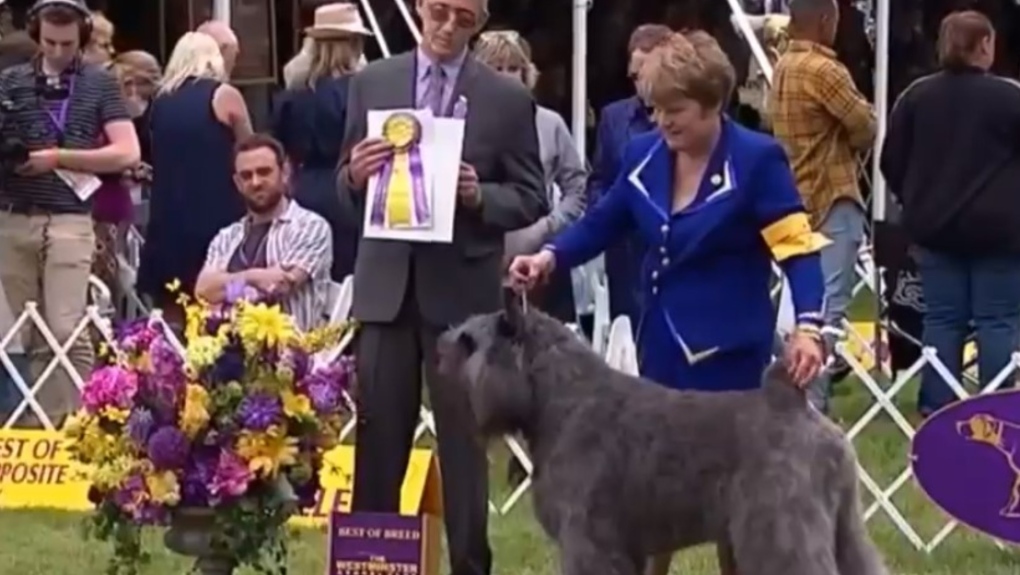 WINDSOR, ONT. -- A local pup is coming off a high note after winning big at the recent Westminster Kennel Club Dog Show.

The breeder and owner from Maidstone, Elaine Paquette says extensive work goes into preparing Phoenix for completion including months of training and biking.

Phoenix comes from a long line of champions. Since the 1980's, Quiche Bouviers have won 18 'Best in Breed' titles at the Westminster dog show.

Paquette says she has a special pre-show tradition which includes a special meal for her pup.

"We've done this every time. We call it a little smorgasbord. I'll order chicken at a restaurant or we'll order some steak, and that's very common. We do this every single year."