Little Hands Kids for a Cause helps children for the holidays 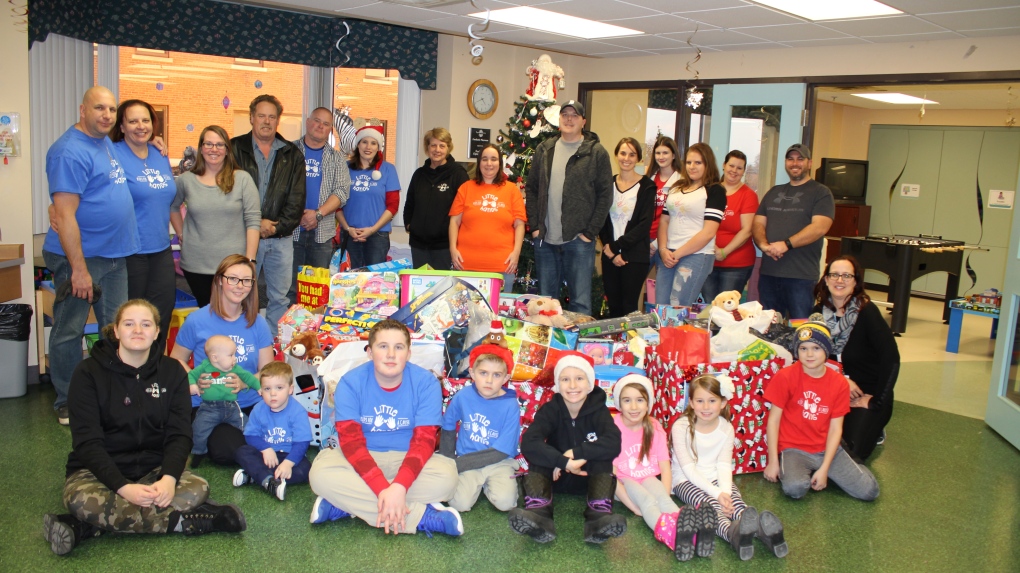 Volunteers with the Little Hands Kids for a Cause make a donation to Windsor Regional Hospital and Ronald McDonald House. (supplied photo)

Dozens of children in Windsor are benefitting from Little Hands Kids for a Cause.

The group donated a substantial amount of toys to the Childlife programs at Windsor Regional Hospital Met campus and Ronald McDonald House in Windsor on Tuesday. The donation included toys, games, puzzles, educational activities, stuffed animals as well as blankets, pajamas and slippers.

The group made a similar donation in London on Wednesday.

Little Hands is a group of volunteers who reach out and provide support to local families whose children are battling life-threatening illnesses. The group has been able to help almost 100 local children called 'Heroes' since 2014.

The annual toy drive is held in honour of Maiysn Spencer, the group’s very first hero. The eight-year-old boy helped inspire a community before he lost his battle with cancer in 2014.

“This is our fourth toy drive held in his memory and in four years, we have collected and donated thousands and thousands of toys to the paediatric programs at both Windsor and London hospitals and the RMH at both locations,” says Aimee Omstead, the founder and co-ordinator of Little Hands.

“We had 35 toy drop-off donations at local businesses and schools across Windsor and Essex County and are humbled by the generosity of our amazing community,” adds Omstead.