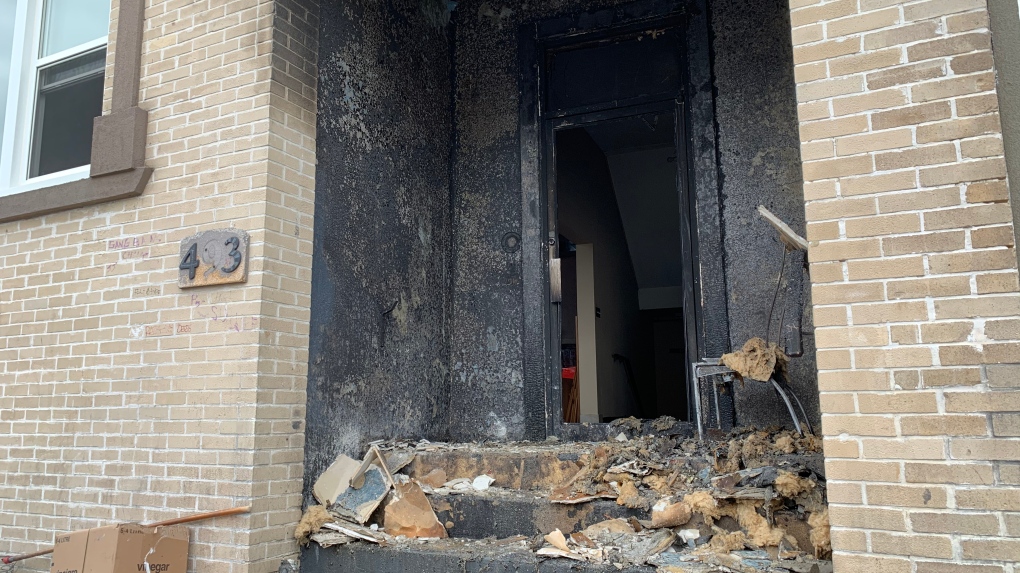 WINDSOR, ONT. -- A structure fire that disrupted downtown Windsor traffic Friday afternoon was caused by an unknown person when a mattress was lit.

The mattress, which went up in flames, consumed the entrance next to the Beer Exchange.

The owner used a fire extinguisher against the flames before firefighters arrived to put out the hot spots.

Harris Lee of The Service Market

The entrance at 493 University Avenue at Bruce Avenue next to the Beer Exchange downtown is charred from the blaze.

Windsor police had Bruce Avenue closed in both directions while first responders dealt with the flames.

The roadway, which was closed for a period of time, was reopened Friday afternoon.