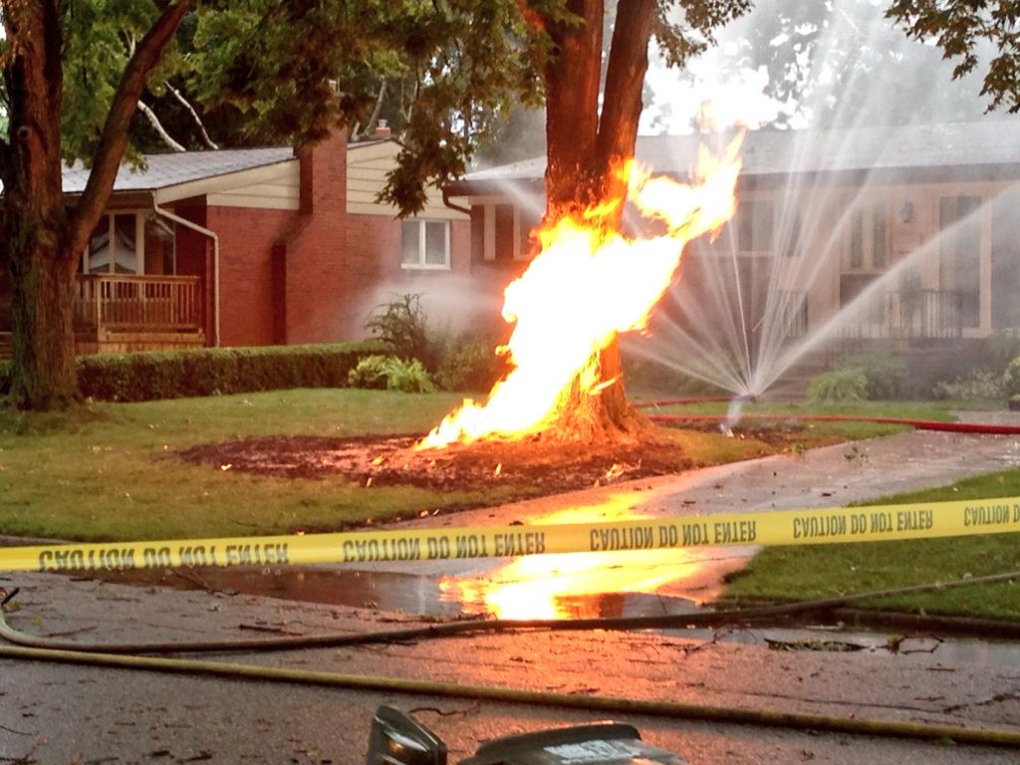 Windsor fire officials say a lightning strike to a gas line caused a lawn fire at the base of a tree on Belleperche Place.

Union Gas is on scene.

A large tree was also knocked down on Riverside Drive near St. Louis Avenue.

The region was under a severe thunderstorm warning.