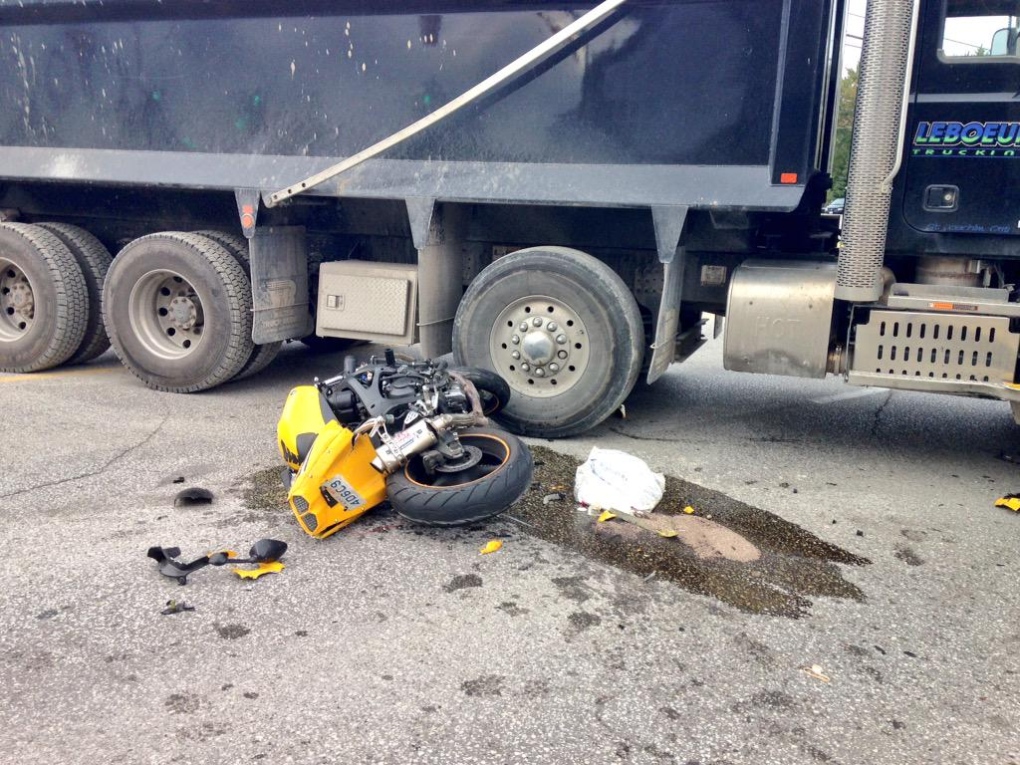 What remains after a motorcycle collided with a dump truck is seen in Tecumseh, Ont. on Friday, Oct. 2, 2015. (Melissa Nakhavoly / CTV Windsor)

Essex County OPP are investigating after a crash involving a dump truck and a motorcycle in Tecumseh, Ont. on Friday afternoon.

Emergency crews were called to Tecumseh Road at Shawnee Road around 3:50 p.m. for reports of a crash.

Police say a 17-year-old Windsor male was eastbound on Tecumseh when his motorcycle collided with a southbound dump truck that was pulling out of a construction site just north of the intersection.

The motorcyclist was transported to hospital with serious injuries, but they were later downgraded to life-threatening injuries.

The driver of the dump truck was not injured.

Tecumseh between Shawnee Road and Lesperance Road was expected to be closed for several hours while OPP investigated.

Motorists are asked to avoid the area until the investigation is complete.