WINDSOR, ONT. -- After the annual ‘Talking over Turkey’ campaign was put on hold due to COVID-19, Mike and Deanna Diab came up with the ‘Talking over Pizza’ fundraiser.

“We’re meeting a lot of people’s needs and we are bringing them together over a pizza pie,” fundraiser organizer Mike Diab says. “So it just seemed like the perfect idea. Talking over pizza.”

Diab teamed up with the Leamington Domino’s. Proceeds from every large pizza ordered Saturday will benefit the Bridge Youth Centre in Leamington where youth 14-24 years of age are welcomed to get assistance with housing, employment, education and addition.

“It’s a great cause. It’s a youth resource centre. It’s very important. And they do very important work for our community,” Diab says. 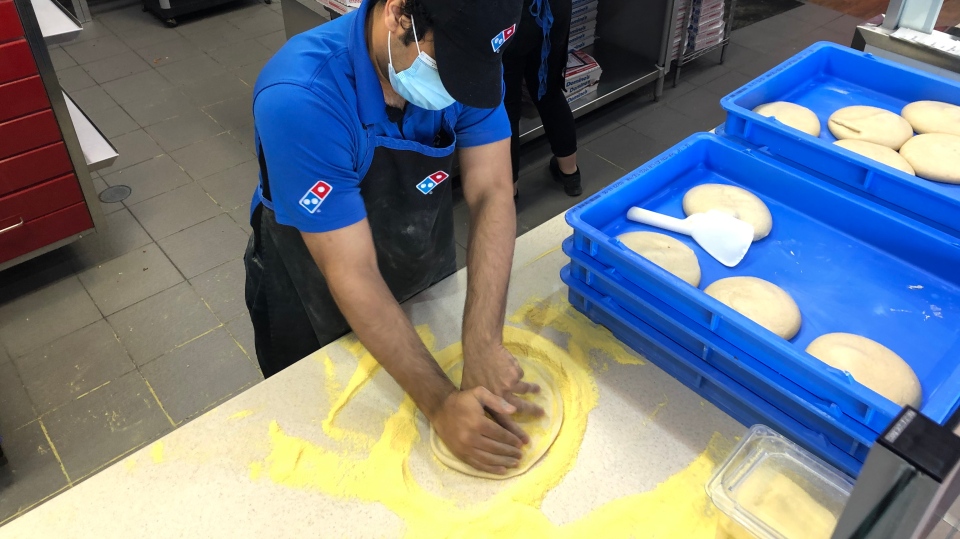 The ‘Talking over Turkey’ campaign typically hands out hundreds of turkey dinners to families in need over the holidays, but with restrictions in place this past year, Diab decided to raise funds for a cause over a different meal.

“The owner is being so generous, he is actually doubling the $3 so $6 from every pizza will be going to the bridge,” said Domino’s general manager Brandy Vanevery.

And the orders keep coming in from customers in the community wanting to support the cause.

“I know several youth who have gone through programs at the bridge personally and they are just amazing.” Rose Mitchell tells CTV Windsor.

“The youth and the marginal group in our community really speak to us and pull at our heart strings and we will do anything to support them,” said Vita Fiore.

For $15 tax included, diners will receive a large pizza with three toppings, plus free local delivery.