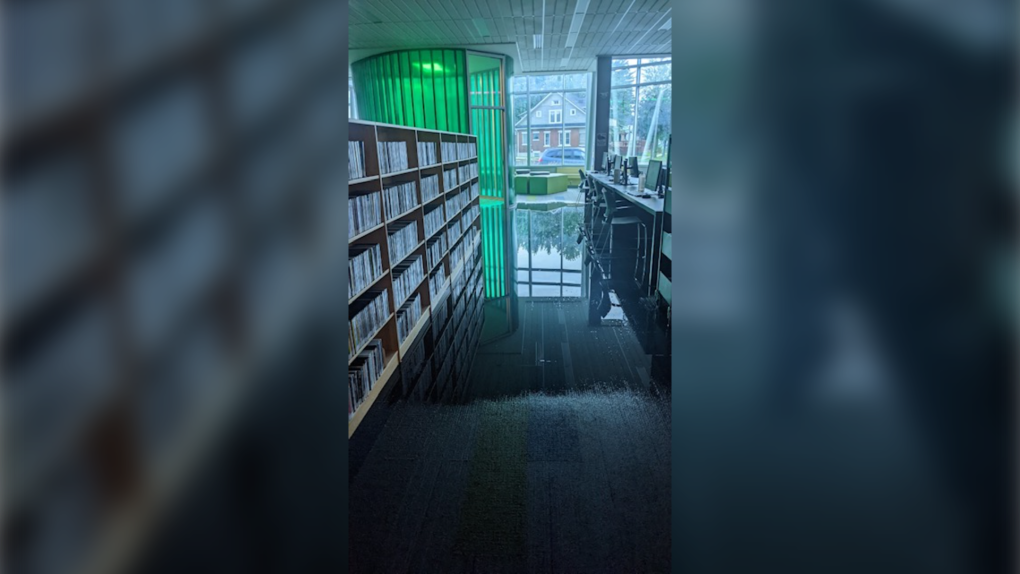 The Leamington branch of the Essex County library is expected to be closed until next week due to flooding issues.

Essex County officials say the flooding started near the centre of the library where a pipe is laid beneath the floor after significant rainfall Thursday evening.

The water flowed to the east of the building where it pooled along the wall.

Library staff does not currently believe any books or items sustained damage.

Officials say the bottom of some of the wooden shelves may have water damage along with some possible electrical damage as breakers flipped.

There is no damage estimate yet, but a flooding mitigation team is on-site and the insurer has been contacted.

Officials expect the library will be out of service until at least mid-next week.

A group on Prince Edward Island is calling for a return to tougher COVID-19 restrictions in the province.