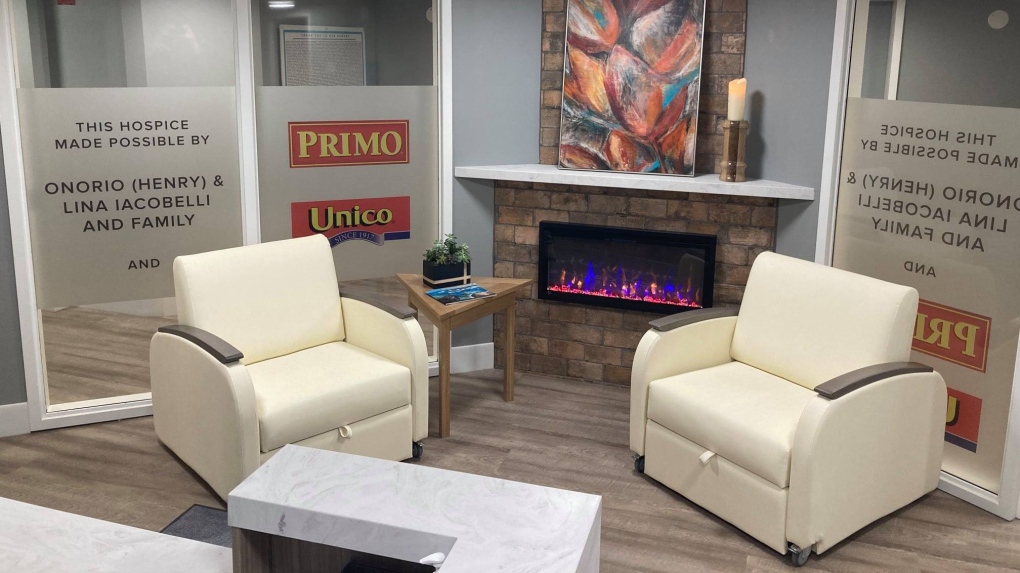 WINDSOR, ONT. -- A hospice specifically for those experiencing homelessness has received a $1 million donation toward a newly renovated facility thanks to a Leamington family.

The Iacobelli family has donated the funds to The Journey Home Hospice, the only hospice specifically for Toronto’s homeless community. The facility will open its renewed space on Wednesday which the organization said was made possible “in large part” thanks to the family’s donation.

“This tremendous gift allowed us to safely bring together all the components needed to increase our capacity by 150 per cent and support about 100 homeless people needing palliative care per year,” said Nancy Lefebre, executive director of Saint Elizabeth Foundation, the operator of Journey Home Hospice.

Having facilities for Primo and Unico Food in Essex County and the Greater Toronto Area, Sun-Brite Foods founders, the Iacobellis, provided the $1 million anchor donation in May to ensure the Journey Home Hospice expansion would not be delayed and vital services would be available to those who need them while living on the streets.

“Over the course of the past nine months, the COVID-19 pandemic has emphasized the many inequalities faced by the most vulnerable populations of society,” a news release from the Saint Elizabeth Foundation said. “While already vulnerable, homeless communities across the country – faced with complex health issues to begin with – have now had the added burden of dealing with a disparaging and unpredictable virus.”

People who are experiencing homelessness have about a 75 per cent higher risk of at least one health condition, the release said. Many have two or more and are five times more likely to have heart disease and four times more likely have cancer.

Journey Home Hospice aims to address the needs of Toronto’s homeless community as well as become a teaching and learning space for Canadian and international hospice leaders.

“When they learned Saint Elizabeth Foundation was committed to sharing resources with the wider palliative care community, we could see the wheels start to turn,” said Lefebre. “Bringing this innovative and welcoming model to places that don’t have hospice care and allowing those who provide it in the communities where they live and work to improve quality of care was a key factor in giving this gift.”

Sandra Macera commented on behalf of the Iacobelli family saying it is important to give back and empower others.

“This project affects more than one community — it’s about empowering specialized palliative care for the needs of a marginalized population on a provincial, national and international level by sharing knowledge,” she said.