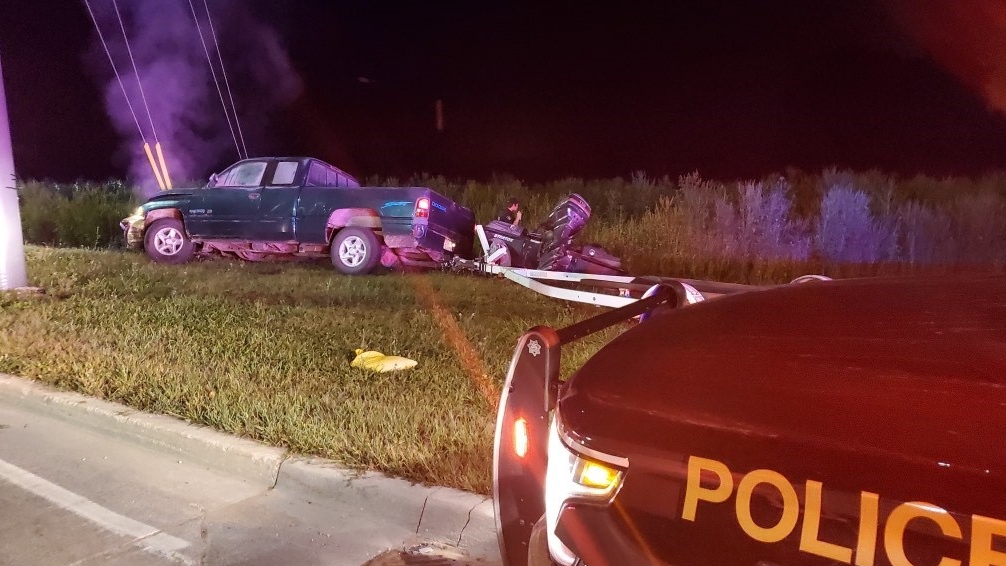 Essex County OPP say a 22-year-old man has been charged after trying to flee from police with a stolen pickup truck an fishing boat.

On Sept. 16, just before 3 a.m., an OPP officer from the Leamington Detachment was on patrol when they observed a pickup truck towing a boat and failed to have operating trailer lights.

Upon further investigation, it was discovered that the pickup truck, boat and trailer were reported stolen.

The Leamington man has been charged with:

The accused was released and is scheduled to appear at the Ontario Court of Justice in Leamington on Nov. 19, 2021 to answer to the charges.

The Chinese military on Sunday condemned the United States and Canada for each sending a warship through the Taiwan Strait last week, saying they were threatening peace and stability in the region.

Kingston police, with assistance from the OPP riot squad and Durham Regional Police, moved in twice on Saturday to clear students from the streets and homes after declaring an 'aggravated nuisance party'.

A rowdy student party at Acadia University in Wolfville, N.S. has resulted in multiple arrests and charges as hundreds gathered in the streets for homecoming celebrations over the weekend.