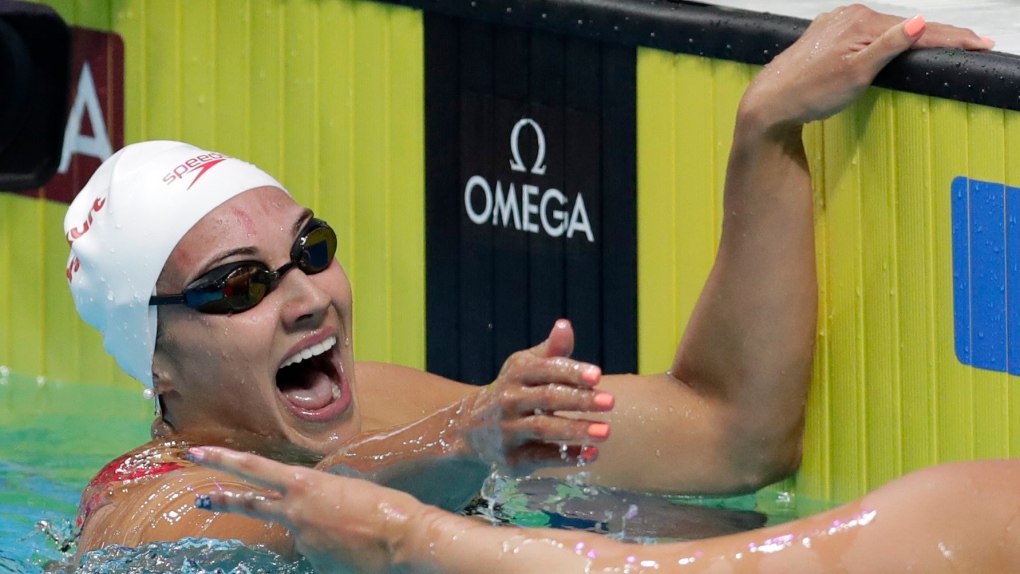 Masse, 21, has been named Aquatic Canada’s athlete of the year after becoming a backstroke star in pools across the world in 2017.

Masse set a world record in the 100 metre final to win gold at the 2017 FINA World Championships in a time of 58:10. That beat the previous mark of 58:12, which was the longest standing women’s world record.

Masse was also named female breakout swimmer of the year for 2017 by Swim Swam, a swimming news organization.