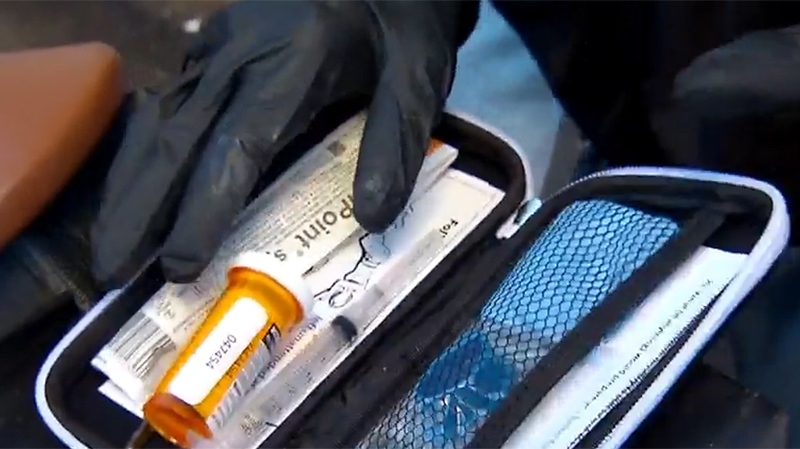 A Narcan (or naloxone) kit that can reverse the effects of an opioid overdose when administered three-to five minutes of the onset of symptoms.

LASALLE ONT. -- For the second time this year, LaSalle police say a life was saved by one of their officers using Naloxone.

Police responded to a residence last month, after a man went into medical distress in LaSalle.

Police say they were first on scene, and saw a person attempting to perform CPR on the man who had no vital signs.

Officers quickly took over, and suspected that the man was suffering from an opioid overdose due to his symptoms. Officers made the quick decision to administer Naloxone (a medication used to block affects of opioids) twice while continuing with chest compressions.

Police say the man regained consciousness and was transported to hospital by paramedics. He is expected to make a full recovery thanks to the lifesaving efforts of officers.