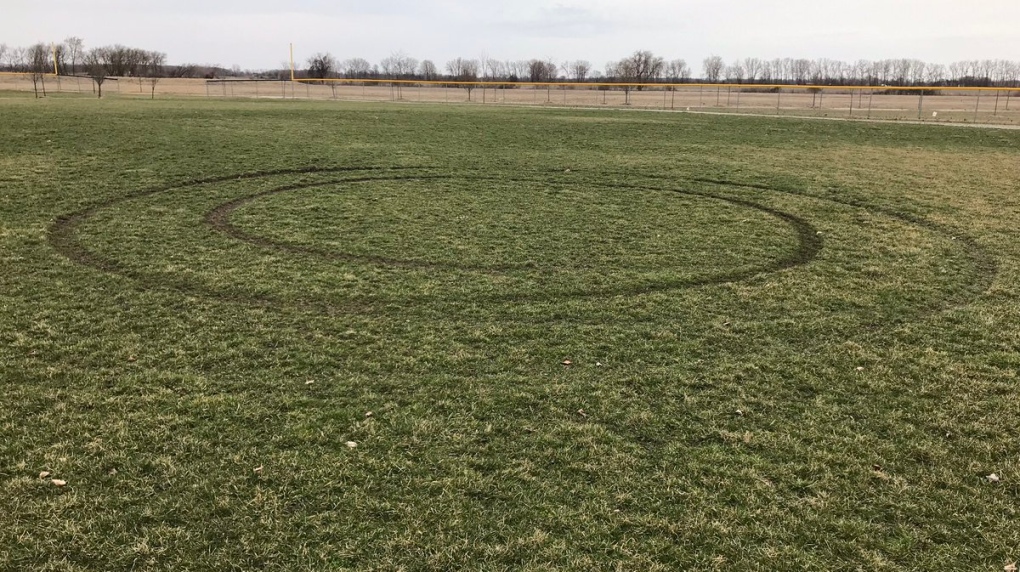 Some sports clubs in LaSalle are upset with a driver who went off-roading on their playing fields.

Four soccer fields and baseball diamonds at the Vollmer Complex are damaged by tire tracks.

A member of the Stompers Soccer Club says the driver appears to have of done "donuts" damaging the grass on Wednesday.

Don Durham says with the season set to begin at the end of the month, the timing is terrible and repairs are necessary as some young players can roll their ankles if the ground is not flattened.

“It’s disappointing and discouraging,” says Bondy. “It's going to take a lot of man hours to do the repairs. The diamond is not as bad because they can float that and cover it, but as far as the soccer pitches, they'll have to remove the sod and go on that way.”

Municipal staff are now reviewing how much the repairs will cost.