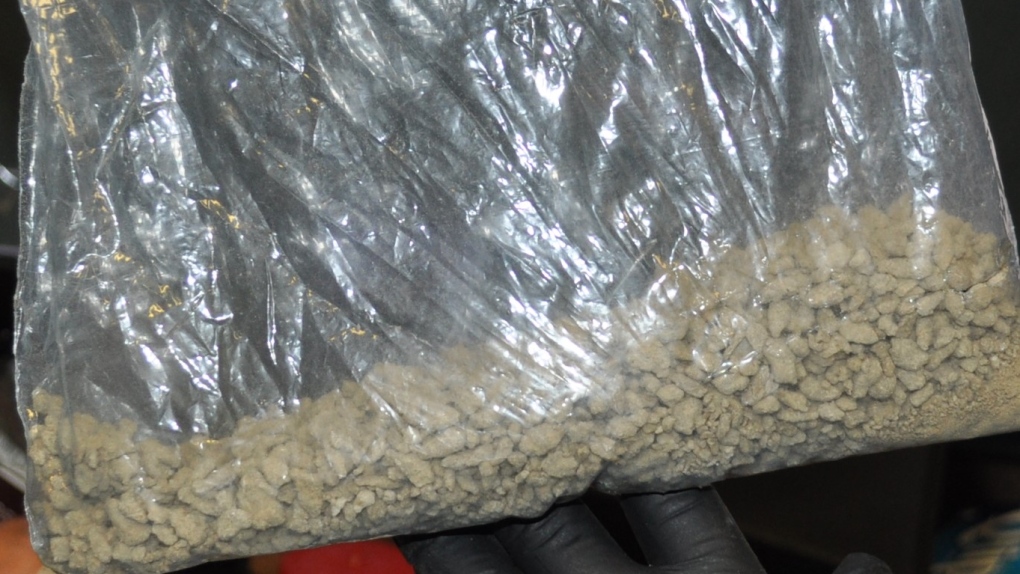 Windsor police say their latest drug bust is the single largest seizure of suspected heroin in the force’s history.

Officers seized a total of $109, 540 in drugs, including 176.5 grams of suspected heroin, after an investigation by police.

In early September members of the drug and gun unit launched an investigation involving an adult male trafficking illicit drugs within the city.

On Tuesday, members of the DIGS Unit applied for and were granted a search warrant for a residence located in the 500 block of Aylmer Avenue.

Members of the ESU assisted in the operation and at 5:45 p.m. arrested the suspect during a vehicle stop in the 1000 block of Howard Avenue without incident.

At approximately 6:30 p.m. officers executed the search warrant at the involved residence.

During the investigation the following items were seized:

-176.5 grams of suspected heroin (pictured below)