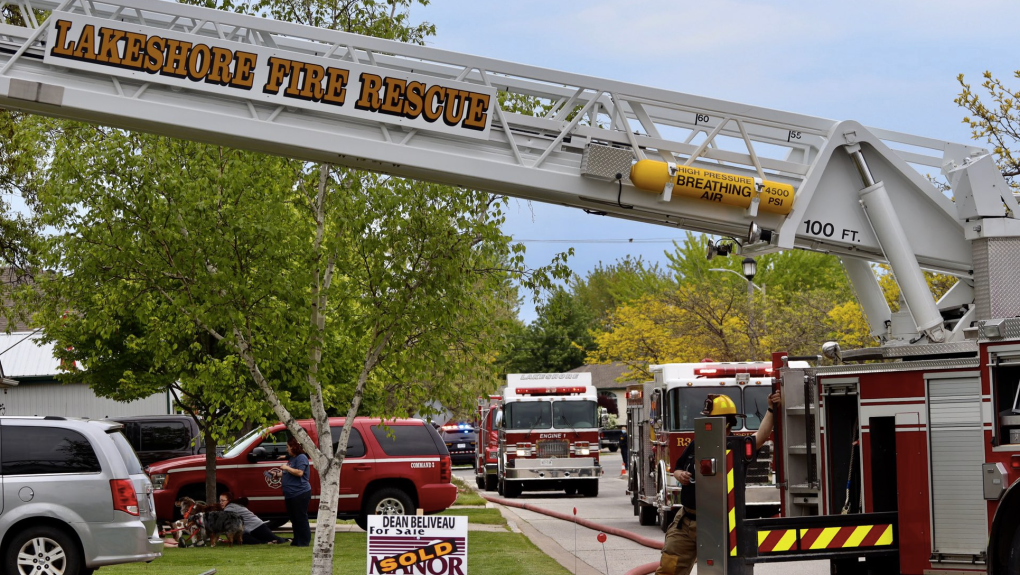 Lakeshore fire crews responded to a house fire in the 100 block of Duck Creek Boulevard in Belle River, Ont. on Sunday, May 16, 2021. (courtesy OnLocation/Twitter)

WINDSOR, ONT. -- Three dogs were rescued from a burning Belle River home by a neighbour who broke through the window to get to them

Firefighters were called to the second alarm fire in the 100 block of Duck Creek Boulevard around 11 a.m. Sunday.

Crews battled the blaze defensively, it has since been knocked down.

Officials say the homeowners were not inside at the time, but a neighbour rescued the three dogs trapped inside the blaze.

Cause and damage estimate have not yet been released. 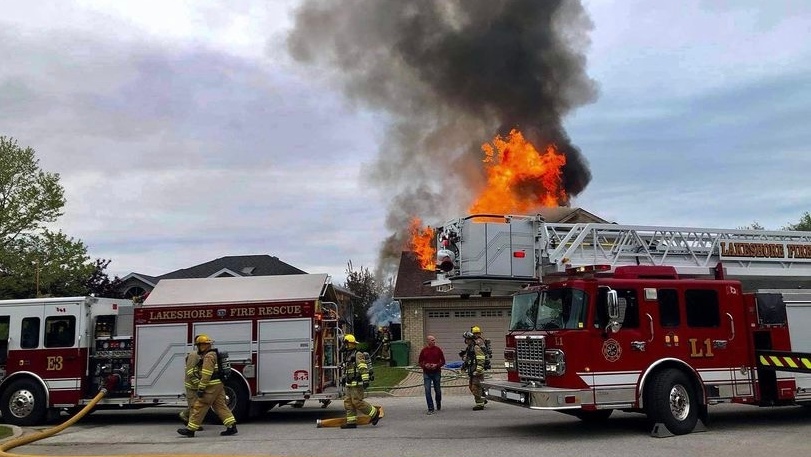