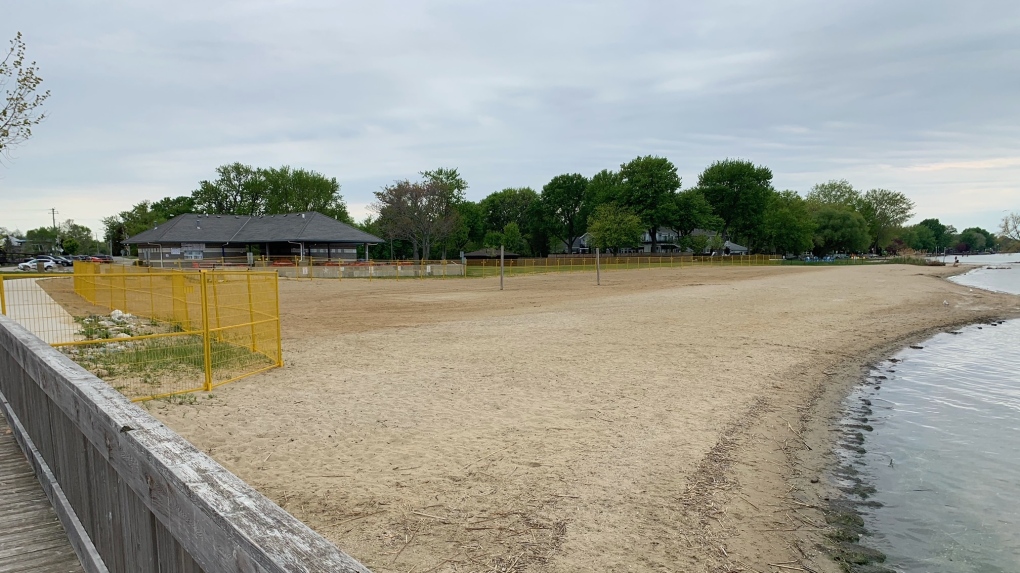 The Municipality of Lakeshore closed West Beach due to an influx of groups in Belle River, Ont. on Sunday, May 16, 2021. (Chris Campbell/CTV Windsor)

WINDSOR, ONT. -- Municipalities in Essex County are closing some ame due to a number of group gatherings.

According to a Municipality of Lakeshore news release, enforcement officers have observed a growing number of groups visiting and staying at the beach, breaching the current COVID-19 restrictions.

As of Sunday at 12:01 a.m. the West Beach will be closed and barricaded to prevent access.

Residents will still be able to use the jetty for walkthrough access, but the municipality reminds residents to maintain a physical distance of at least two metres from others using it.

A&J’s Snack Shack will stay open for take-out only, in accordance with the provincial emergency order.

The municipality says dining or gathering in the area is not permitted and enforcement officers will be conducting community patrols over the weekend. 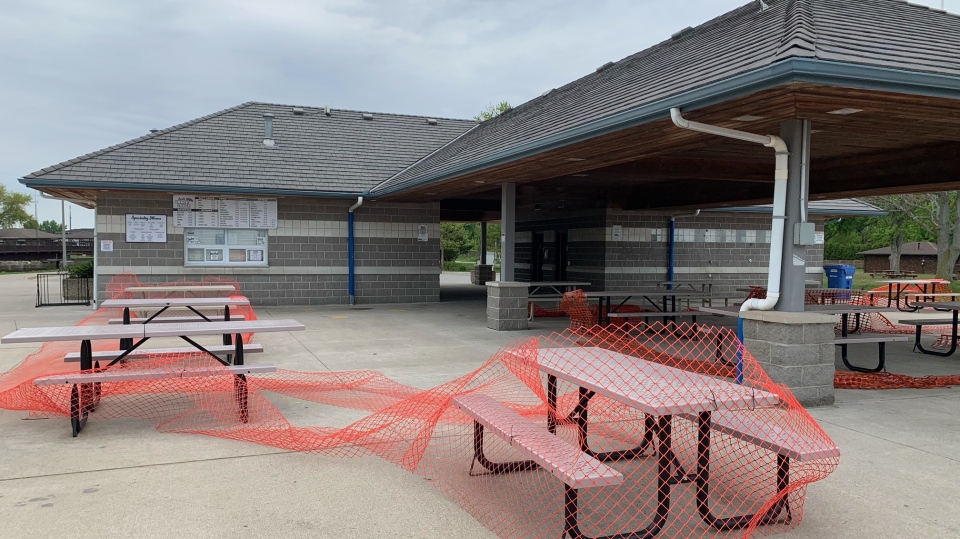 The Town of Tecumseh has also taken steps to limit public gatherings by taking down the basketball nets and backboards at Century Park.

In several tweets the town said this action was taken due to continued non-compliance by a large gathering of young adults several times over the past week and not as a result of a younger child playing basketball.

Further tweets from the town allege the users were disrespectful to municipal staff and the gatherings at the park continued, requiring by-law enforcement and the OPP.

The provincial stay-at-home order was extended on Thursday for another two weeks. 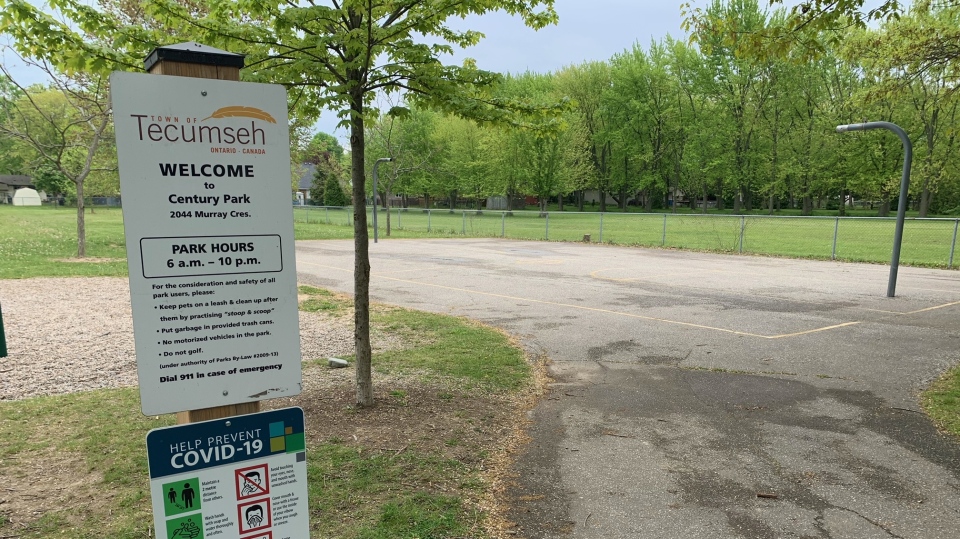