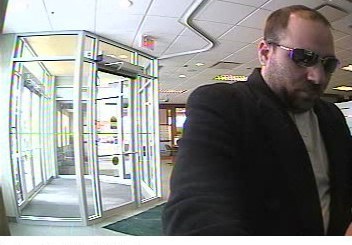 OPP released this photo of a suspect after a debit card theft in Kingsville, Ont. (Handout / CTV Windsor)

OPP officers in Kingsville are asking for help identifying a person of interest after a debit card theft.

A woman reported a missing debit card at the end of January. She noticed there had been several transactions that she did not authorize.

OPP say a man used the card at two separate locations in Essex County at the end of January.

The suspect is described as white, about 25 to 35 years old, with a goatee and a receding hairline.