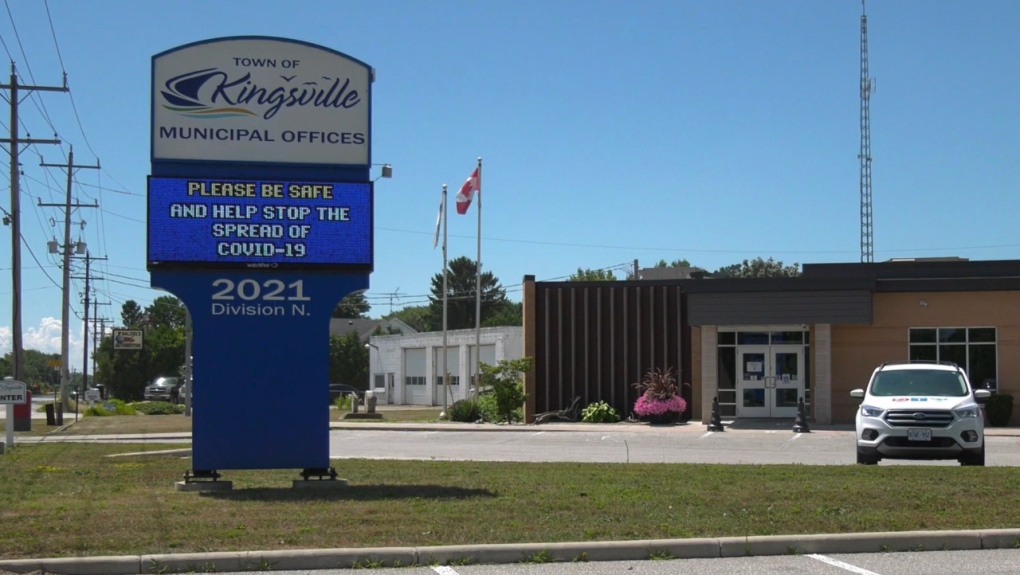 On Monday, council received the report from the current Amherstburg Fire Chief, and former Windsor Fire Chief, Bruce Montone, which laid out recommendations to establish a unified command, improve training and update policies.

“The public has to be aware and we want them to know that we have a department ready to respond to any and all calls,” said Nelson Santos, the Kingsville mayor.

The report provided a detailed review of the department and will update the fire department’s master plan through to 2030.

“Combined with climate change, extreme weather events, along with the agri- industry expansion there is an increasing need for KFD to be proactive in terms of emergency planning preparation and specialized service delivery,” read the report to council.

The review was undertaken in part as a result of a water rescue call in early September that saw two firefighters injured.

On Monday, September 7, firefighters responded from Cedar Island at 4:02 a.m. to a distress call from a vessel to rescue three people as high winds and strong waves created a dangerous scenario.

The rescue boat capsized, sending two firefighters overboard and needing rescue themselves. The boat was damaged beyond repair.

Both the firefighters and three civilians were ultimately rescued by agencies already on scene receiving assistance from the U.S. Coast Guard.

The report notes the “close call” has been “sobering” for the department and has led to “anxiety, sadness, anger and remorse” among some of its members.

The Town of Kingsville reached out to the Town of Amherstburg for assistance, formally requesting a review on Sept. 29, which led to Chief Montone leading a review team.

Santos points to the recommendations as a chance to better clarify roles and required training within the department.

“It may mean a realignment of some of the staff we have now so, it’s a little more clear in some of the rules and obviously, working with the number of firefighters we have, it’d be creating teams to respond,” said Santos.

Among the recommendations, the need for a unified command was underlined as a key requirement.

Meetings are to be arranged with all emergency agencies including the fire department, Ontario Provincial Police, Essex-Windsor EMS and the Canadian Coast Guard.

Santos believes it’s a recommendation that can be satisfied quickly.

“I think it can be accomplished relatively seamlessly,” said Santos. “They know the job. They know how to respond and help protect and provide service to our residents. This is that additional step that ensure additional protection for themselves.”

Council has been told 20 of the 22 recommendations are already being made actionable.

A new rescue boat with non-ramp required capability has been ordered, more waterproof submersible portable radios are to be purchased and more department members are being encouraged to become part of a larger complement for the water rescue team.

Newly appointed Deputy Fire Chief John Quennell will handle the implementation of the recommendations in addition to overseeing day-to-day operations.

Fire Chief Chuck Parsons and Deputy Chief Jeff Dean are both on personal leaves of absence.

“The positions are there for them to return when they’re ready from their leave,” said Santos.

The report also notes many of the recommendations will not require further funding outside of the department’s current budget.