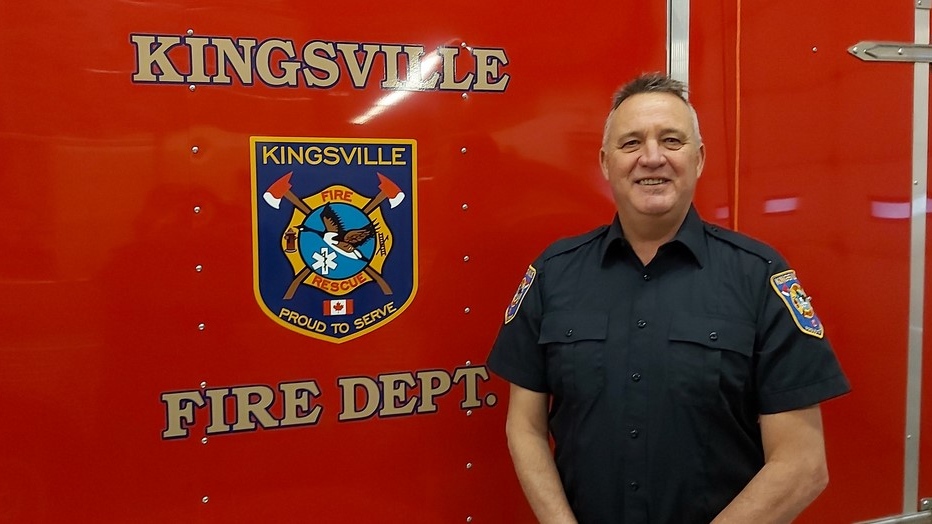 WINDSOR, ONT. -- The Town of Kingsville has announced John Quennell as its new fire chief.

The announcement comes a few days after former fire chief Chuck Parsons says he was let go, one week before returning from mental health leave.

Quennell was the deputy fire chief for the Town of Lakeshore from 2011 to 2019. Previously he was a career firefighter with the City of Windsor for 32 years where he retired in 2010 with the rank of assistant fire chief.

"The Town of Kingsville is fortunate to secure John Quennell along with his emergency response expertise, team building skillset, and overall professionalism to lead as Fire Chief during these critical times," said Mayor Nelson Santos. “The chief is well-respected and is a strong and capable leader.”

In October 2020, while Parsons was off on medical leave, Quennell was a temporary deputy fire chief.

The town says a recent review of the Kingsville Fire Department concluded that a change in leadership within the fire department was necessary.

Quennell will be responsible for the overall management and operation of the Fire Department. He will report to the Town’s Chief Administrative Officer John Norton, lead all emergency responses including the COVID-19 crisis, and will participate as a member of the Town’s Senior Management Team.

“We have recruited a highly competent chief officer who has years of experience in emergency operations,” said Norton. “The Town of Kingsville has a highly regarded Fire Department and we are proud to move forward with Chief Quennell as its leader.”