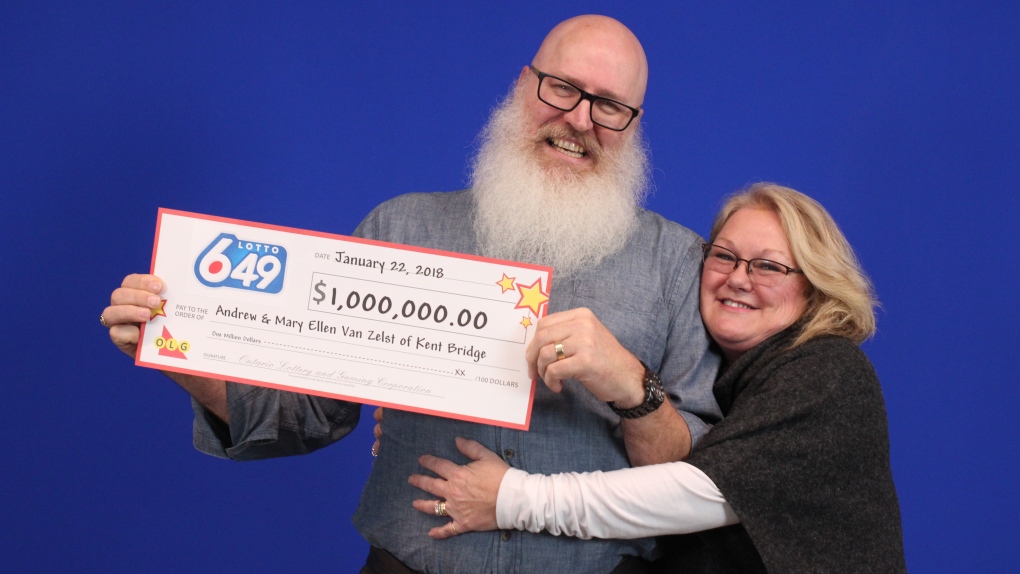 “The idea of retirement doesn’t seem so scary anymore,” said Andrew Van Zelst, while at the OLG Prize Centre in Toronto with Mary Ellen, his wife of 30 years, to pick up their winnings.

Andrew Van Zelst, a production manager, discovered his big win when he checked his tickets on the Ticket Checker during a stop at the gas station.

“I was very surprised when I saw $1 million on the screen – I thought the machine was broken,” he said. “I asked the gentleman beside me to have a look when I rescanned my ticket. Once he saw the words ‘$1 million’ flash on the screen he wanted to shake my hand.”

He was eager to share the good news with his wife.

“When I walked in the door, I asked her if I could retire next week,” he said.

“I was in the middle of cooking dinner and I said ‘Sure. You can retire.’ thinking he was joking.’” said Mary Ellen, a lab manager. “When he went on to tell me that we had to go to Toronto because we won $1 million with LOTTO 6/49, I stopped stirring my noodles and started to cry.”

Some immediate plans for the parents of one daughter include purchasing a new truck and a new recliner and travelling more.

“We are going to sit down and figure out our next steps. We feel very blessed,” said Andrew Van Zelst.

The winning ticket was purchased at Daisy Mart on Grand Avenue in Chatham.