Kangaroo, snakes and other animals die in barn fire in Amherstburg

Several animals have died, including a kangaroo and snakes, after a barn fire in Amherstburg.

Emergency officials responded to the fire in the 6900 block of Concession Rd 6 North on Friday morning.

Fire officials say they knew there were animals inside, but they didn’t know the type at the time.

“Most animals perished inside the structure. We lost a number of exotic animals, there were a few that survived,” says Ron Meloche, assistant deputy chief of the Amherstburg Fire Department.

A Zoo2You van could be seen parked outside the barn. 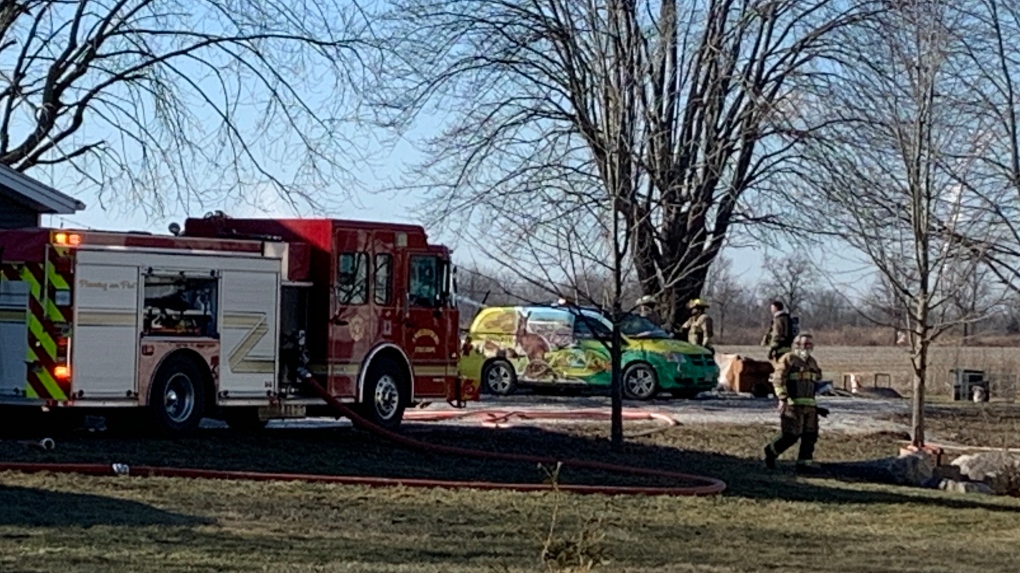 According to its website, Zoo2You is an animal outreach program designed to both entertain and educate audiences about the animals of our planet. It reads, “Zoo2You offers hands-on events for parties, school events or family reunions that use tame, friendly, and well-socialized animals that have been raised from babies at the facility.”

“Very, very distraught. This was his life. These were his animals and again, it’s like losing a family member,” says Meloche.

Montone says the fire was fully involved when crews arrived and the building is a total loss.

By late Friday morning the fire was out. No word yet on damages, but officials expect more details soon.

“There’s no life safety issues when we pulled up on scene,” said Acton. “There were no exposures, we were quick to get water on the fire and start knocking it down. As far as the contents go, we can speak to that later. Investigation is ongoing.”

The cost of nearly everything at the grocery store continued to climb higher to push the annual inflation rate up in April.