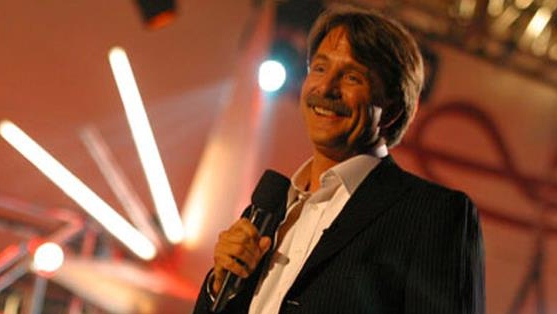 A popular American comedian is coming back to Windsor.

Jeff Foxworthy and The Good Old Days Tour will hit the Colosseum stage at Caesars Windsor on Thursday, August 18 at 8 p.m.

Foxworthy last performed standup at the casino on Jan.26, 2020. At the time, he told CTV News Windsor he enjoyed coming to Canada.

Foxworthy is the largest selling comedy-recording artist in history, a multiple Grammy Award nominee, and bestselling author of more than 26 books. He is widely known for his redneck jokes and recognized for playing host on the game show “Are You Smarter Than a 5th Grader?” for several seasons.

For his new tour, Foxworthy reflects on simpler times as he talks about aging, texting, parenting.

“You always hear old people talk about how the world is going to heck in a hay wagon and how much better things were in the “Good Old Days”.Well, one day it hit me, why not put pen to paper and see if it really was better? It didn’t take long for me to realize that this is a comedy gold mine and it covered multi-generations,” he said in a news release.

Tickets go on sale at 10 a.m. on Friday, May 20. Caesars Rewards members can purchase presale tickets at 10 a.m. on May 18. Ticket purchases can be made through caesarswindsor.com or ticketmaster.ca. The box office is open Saturday and Sunday from noon to 8 p.m. and on show days from noon to 10 p.m.

One of Toronto’s Canada Day fireworks displays has been cancelled and another has been postponed after a vendor pulled out at the last minute.