'It twists your gut': animal rescue group upset after kittens thrown from vehicle

WINDSOR, ONT. -- Members of an animal rescue group are outraged after a litter of kittens was thrown from a moving vehicle in Comber.

The incident is reported to have happened on County Road 77 south of the Highway 401 overpass on Sunday evening.

Four kittens were thrown and only one survived.

“It twists your gut,” says Linda Merle, the coordinator of Kittenaide, an animal rescue group in the region. “They’re not thinking. There’s no thought behind that. It’s just like the animals can be discarded like a piece of garbage.”

Merle says a passerby saw what happened and notified her around 8 p.m. Sunday night. Within 45 minutes, four members of her group were on scene.

“If we would have had some concrete evidence of the colour of the car, the person, the plates, something, then we would have called the OPP,” Merle says.

One of the members, Michelle Ball, played some cat sounds from her phone, recalls Merle, when suddenly, out pops a small, five-week-old orange kitten.

“To have the cats in the car and then take them and throw them, that is thought out. That is not spontaneous, spur of the moment,” says Merle.

She is calling the surviving kitten the Lone Ranger, which is receiving care at a nursery operated by the cat rescue group in Windsor. 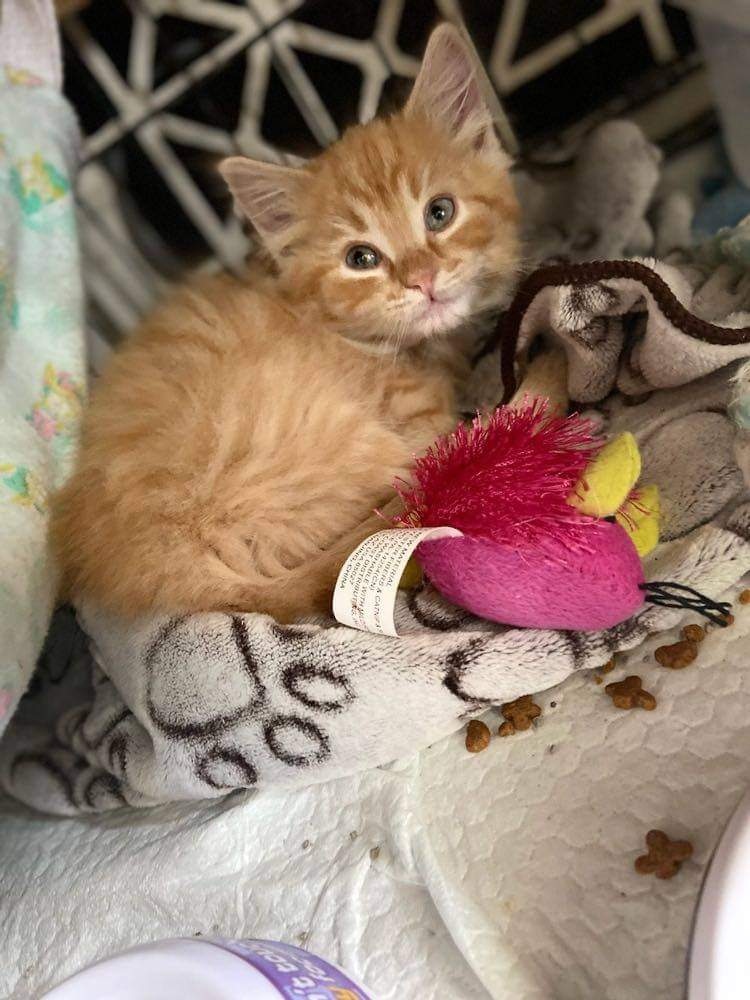 Merle says Kittenaide has already received a dozen requests to take in the kitten, which doesn’t appear feral and is litter trained.

She adds Ranger continues to do well — but emphasizes there are many cats in their care looking for a forever home.

“We will find him a good home in a few weeks, but there’s many out there who need a good home,” she says.

This incident comes just weeks after Ontario Provincial Police responded to the report of a kitten being thrown from a moving vehicle on Maidstone Avenue in Essex at about 5 p.m. on Sept. 3.

The complainant contacted police saying they had witnessed a vehicle leave the drive-through of a fast-food restaurant on Maidstone Avenue and throw a kitten from the driver's side door of the vehicle.

That kitten was retrieved by the complainant and taken to a veterinary clinic but later died. A second kitten was found in the same area but was also dead.

The OPP is urging anyone who witnesses any alleged animal cruelty should contact police or the humane society immediately.