'It’s not quite where we want to be:' WRH officials cautiously optimistic 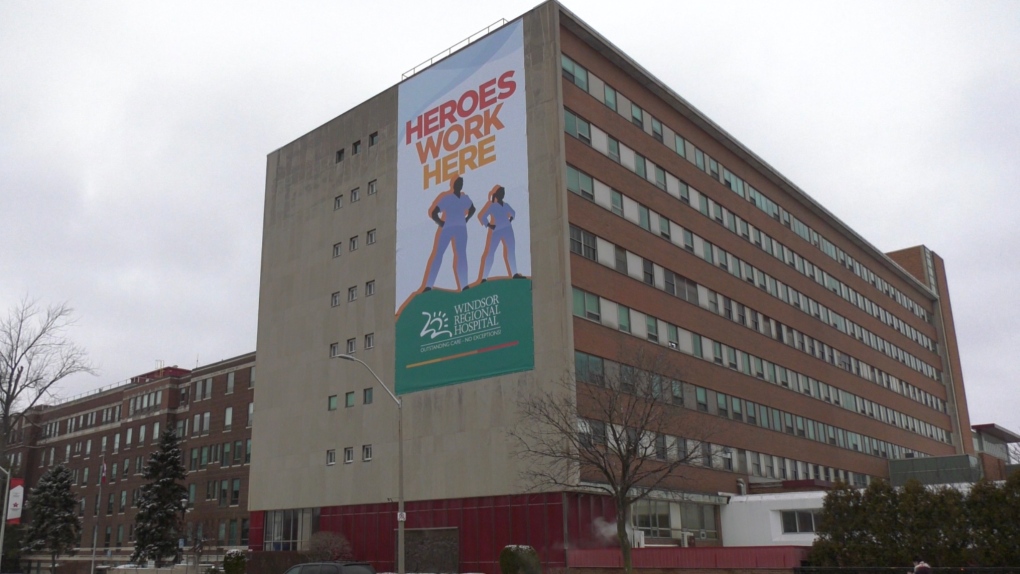 WINDSOR, ONT. -- Officials at Windsor Regional Hospital remain cautiously optimistic COVID-19 hospitalizations will continue to level off, while numbers appear to have plateaued.

On Thursday, 28 people were being treated in hospital for the disease.

“We’re waiting kind of for the other shoe to drop at this point,” says chief nursing executive Karen Riddell.

Riddell says they hope to keep things under control in Windsor-Essex while paying attention to the spread of variants around the world.

“We’re all crossing our fingers and keeping our masks on and socially distancing,” she adds.

Hospital President and CEO David Musyj says a plateau, or base of COVID-positive patients is worrisome in the event new numbers start to climb on top of a hospitalized group.

“It’s not quite where we want to be, or where we should be,” says Musyj.

Earlier this week, hospital staff noted local COVID-19 assessment centre testing had increased with the recent return to school, though can’t speculate at this point if that’s an indicator of things to come.

“When we were done Wave One, our numbers for a period of time were zero. We had no cases. No inpatient cases, for say, 2-3 week, a month period when our numbers were very low. It’s not to say we’re not going to get there, but the concerning thing for ourselves and everyone else in the province for that matter, is now we have this base,” says Musyj.

“This plateau of cases in the hospital that continually changes or churns every day, where again, we’ll get two or three new admissions positive, two or three will resolve, so the number will stay steady.”

Musyj says the good news is that ever since vaccinations started taking hold, the number of COVID positive long-term care or retirement home patients has dramatically dropped, with only two of the 28 in hospital coming from those facilities.

“Again, that’s very positive. It identifies that if you directly relate it, it shows the vaccines are helping.”

Meantime, hospital surgeries have ramped up over the last three to four weeks, according to chief of staff Dr. Wassim Saad. Saad says the operating rooms are back to 100 per cent at the Ouellette Campus and 90 per cent at the Metropolitan Campus.

“The hope is that by the end of next week we’ll be full OR’s at both sites, 100 per cent at both campuses. We’ll keep that going as long as we can. As long as we have capacity in the hospital, as long as we have ICU beds and regular ward beds and as long as the numbers in the community continue to be where they are at right now.”

Saad admits the hospital is behind by about 2,500 to 3,000 elective procedures, and that it would take at least 18 months or more, uninterrupted just to catch up and keep up with current capacity demand.

“Unfortunately we’re not going to be able to catch up on all that backlog anytime soon,” says Saad.