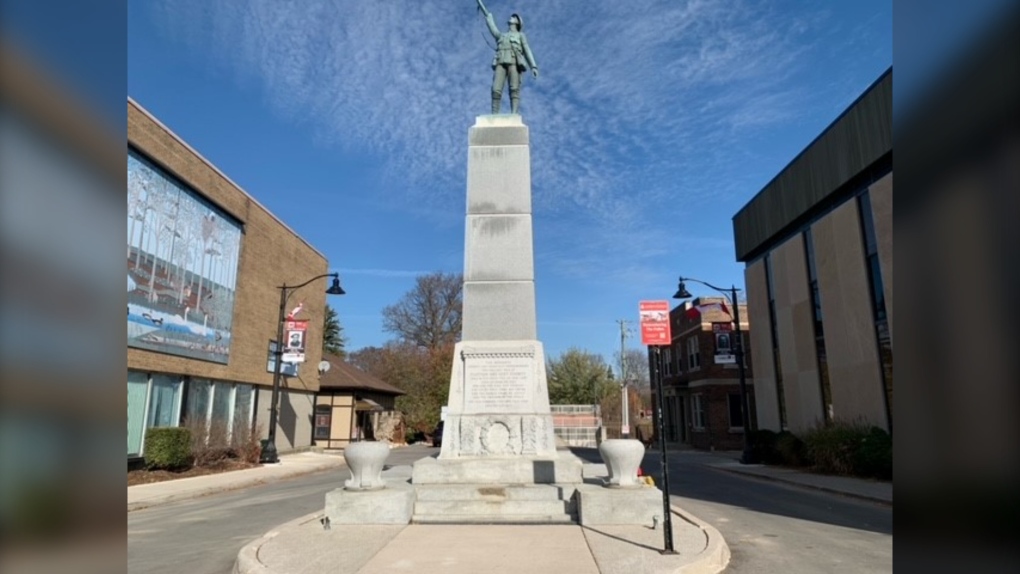 The cenotaph in downtown Chatham, Ont. is ready for Friday’s Remembrance Day service after a veteran recently voiced concern to the municipality over repeated vandalism to the monument.

“They're using it as an ashtray. There's a burn mark or something on the front,” Maynard said. “There’s some stains on the other side and there was some gunk written on the letters.”

Maynard said it seems the cenotaph is a frequent target for vandals, saying its condition earlier this week was “unbelievable.”

“It’s been so disrespected that is upsetting to veterans,” Maynard added.

Maynard believes it to be one of the most disrespected cenotaphs in Canada, telling CTV News Windsor education is key to preventing future damage.

“I've been all over this country in my service life and I've seen some that are kept up, they have guards beside it and everything else and this one is just a shame,” he explained.

He continued, “It’s very upsetting to myself and my fellow veterans. They give us one day a year to march up there and to see it in between that one day being treated like that it's just horrifying. It’s just so upsetting.”

Maynard added, “A lot of people don't realize why that's there and what it means. They just don't understand the sacrifices that veterans past, present and in the future, give and gave to this country.”

The Chatham Remembrance Day Parade will start at Royal Canadian Legion Branch 642 before making its way to the Cenotaph on Sixth Street Friday at 10:45 a.m.

WHO declares COVID-19 global emergency isn't over. What happens next?

The World Health Organization decided Monday not to end to the COVID-19 global public health emergency it declared three years ago, even though the pandemic has reached what the international body calls an 'inflection point.'